Universal Studios and Tom Cruise bring us a teaser for the first installment in the Universal Monsters Cinematic Universe: The Mummy.

Thought safely entombed in a tomb deep beneath the unforgiving desert, an ancient princess (Sofia Boutella of Kingsman: The Secret Service and Star Trek Beyond) whose destiny was unjustly taken from her is awakened in our current day, bringing with her malevolence grown over millennia and terrors that defy human comprehension.

As the movie is a remake of the 1932 original, it has nothing to do with the Brendan Fraser trilogy–which interestingly enough, Tom Cruise was originally considered for. Other than the blurb above that comes from the official site, not much is known about this movie. We’ll have to wait until Sunday when the first official trailer is released. Since this is the first movie in the Universal Monsters Cinematic Universe, I’m curious to see if the inclusion of Russell Crowe’s character of Dr. Henry Jekyll will act as a linking element to his own movie later on, much as Samuel L. Jackson‘s inclusion in the end credits stinger of Iron Man served as a link to the enormity of the Marvel Cinematic Universe that was yet to come. Here’s the first movie poster. 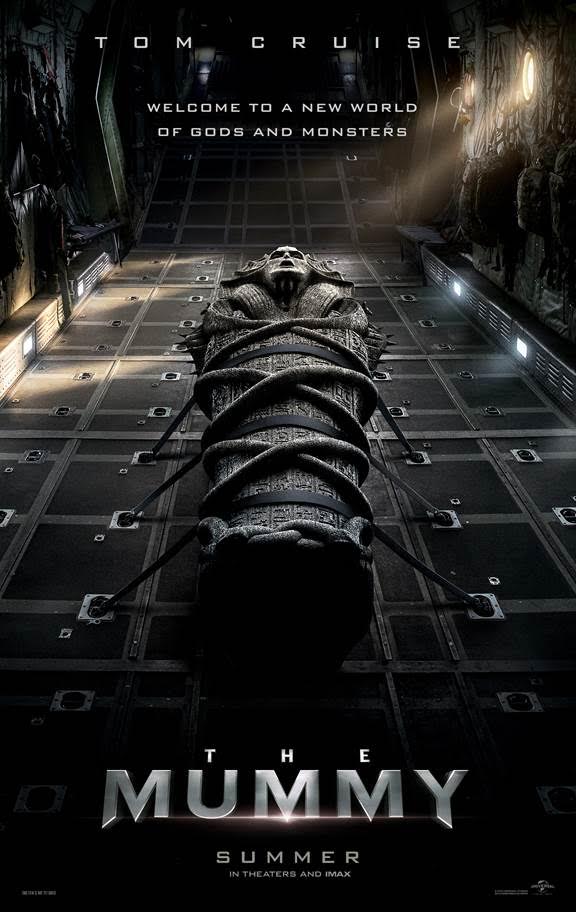