It’s all a matter of perspective and privilege. 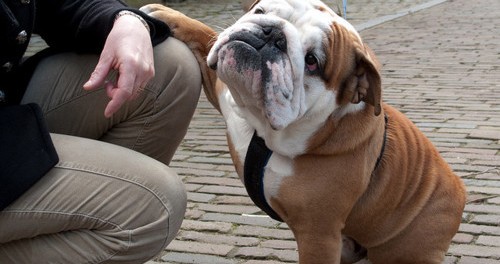 I’m white. I have nothing to fear from a Trump / Pence White House. It was never intimated that others of my race are criminals, drug dealers, or rapists. Of course, I can feel safe in a Trump / Pence America even though 57% of perpetrators of sexual violence are white, leaving 43% to be divided amongst blacks, Hispanics, Asians, and those who could not be identified by race.

I don’t have to be concerned that a President Trump wants to make stop & frisk a nationwide police practice even though it has been found in the past to disproportionately target black and Latino males. This is in direct opposition to the fact that whites are more likely to be found with weapons or contraband.

I don’t have to worry about the fact that the man who wrote the law requiring police to ask for papers for anyone who did not look like a US citizen is now on the President-elect’s transition team.

I’m heterosexual. I have nothing to fear from a Trump / Pence White House. The President-elect has not lamented the Supreme Court decision that legitimized my marriage nationwide no matter which state I was in when I married my spouse. He hasn’t said that he plans on putting judges on the Supreme Court bench that will allow that decision to be overturned.

His VP hasn’t said that my love is a choice that can be ignored, that my committed relationship signaled a “societal collapse”, or that because of the gender of the person I am attracted to I do not deserve to serve in the military or be protected from discrimination in the workplace.

I’m a Christian. I have nothing to fear from a Trump / Pence White House. There has been no mention of people of my faith requiring “extreme vetting” before being allowed into the country, even though the faith that HAS been called out for requiring extreme vetting if not being outright banned from entering the country has committed only 6% of the terror attacks on US soil since 1980, at least according to the FBI.

I’m a male. I have nothing to fear from a Trump / Pence White House. Maybe it’s because women have a 20% chance of being a victim of sexual violence in their lifetime while men have a .014% chance of having that crime visited upon them. It could be because I am over 10 times less likely to be the victim of rape or sexual assault than a woman. And since I am a heterosexual, I face anywhere from 2 to a little under 4 times less of a chance of being victimized.

I’m a white, heterosexual, Christian male. I have nothing to fear from a Trump / Pence White House. That is, unless I look at Trump’s announced economic policy and see that as it currently stands it will explode the debt to the tune of $9.5–$11 trillion over the next decade and that number is not counting for increased interest payments that will accrue. Or that it will increase unemployment while mainly benefiting the already wealthy at the expense of the “common man” that was their constituency throughout this election process.

I’m a white, heterosexual, Christian male. I’ll be fine. I’ll be safe. But I can understand why people who aren’t might not feel as fine or as safe as I do right now, & all I can do is tell them that I will do everything in my power to be there for them whenever they don’t feel fine or they don’t feel safe.

Maybe together we can effect the change we need so that they don’t feel like they are in danger anymore.