Jon Snow isn’t one of the good guys anymore.

Kit Harrington, the beloved bastard of Game Of Thrones, goes from hero to villain in Call of Duty: Infinite Warfare.  Harrington will play the antagonist, Admiral Salen Kotch, in the upcoming Call of Duty sequel.

According to Taylor Kurosaki, narrative director for Infinity Ward:

“He’s the leader of the Settlement Defense Front’s fleet, at the helm of their biggest ship, the Olympus Mons. It’s a classic war story in a different setting, naval warfare with two captains dueling it out in the reaches of space. Kotch is the most skilled “sailor” of the SDF, so you (as Reyes) are up against a guy with a ton of experience who has a vendetta against your entire way of life. You’ve also just been thrust into the role of leadership, and the enemy is ostensibly a massive threat – better skilled, and has a larger fleet. They also have a massive, dangerous ship (the Olympus Mons) hunting you throughout the story.”

Famed director Guy Ritchie is also lending a hand behind the scenes.  Dave Stohl, studio head of Infinity Ward had this to say about him:

“Guy Ritchie is a friend of the franchise, so it was great to have him back to work with us, assisting in bringing Kit Harington’s character to life in Infinite Warfare. It meant a lot to us to develop the role into everything it could be. We’re excited about the performance Kit delivered and can’t wait to get it out to the public. We’re committed to delivering a compelling story with rich character depth, and this was a special opportunity to add to our fantastic cast.”

“Gathering this level of talent together for this role speaks to our studio partner’s drive to deliver a powerful narrative in Call of Duty,”

“We challenge ourselves to constantly be fresh and expansive in creating gripping, immersive experiences that are exciting to play for our fans every year.” 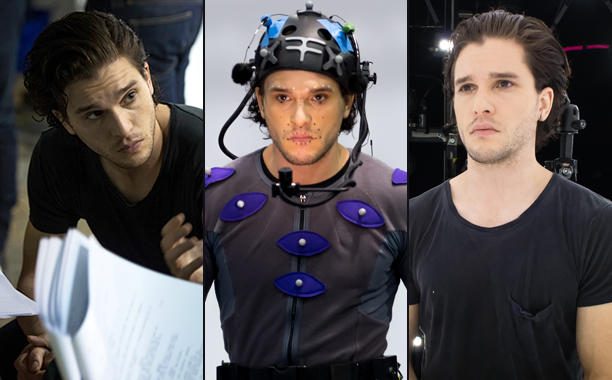 Call of Duty: Infinite Warfare comes to Xbox One, PlayStation 4 and PC on Nov. 4.