“Good morning. In less than an hour, aircraft from here will join others from around the world. And you will be launching the largest aerial battle in the history of mankind. “Mankind.” That word should have new meaning for all of us today. We can’t be consumed by our petty differences anymore. We will be united in our common interests. Perhaps its fate that today is the Fourth of July, and you will once again be fighting for our freedom… Not from tyranny, oppression, or persecution… but from annihilation. We are fighting for our right to live. To exist. And should we win the day; the Fourth of July will no longer be known as an American holiday, but as the day the world declared in one voice: “We will not go quietly into the night!” We will not vanish without a fight! We’re going to live on! We’re going to survive! Today we celebrate our Independence Day!” –President Thomas Whitmore

These were the words that not only roused a nation to action during its darkest hour; they brought the entire world together in time to defeat a powerful foe that had only one thing in mind: the extermination of all mankind. Anybody who’s seen INDEPENDENCE DAY can’t help but be moved by those words, even to this day. For twenty years we waited for Roland Emmerich and Dean Devlin to continue the story of a world that had come face to face with an enemy from beyond the stars … and won.  Instead of a story worthy of its precursor, what we got was a lot of empty spectacle and no heart.

INDEPENDENCE DAY: RESURGENCE takes place in a world 20 years after “the War of 1996”. The nations of the world are united and have used alien technology to not only rebuild but to also prepare defenses powerful enough to repel any alien foe…or so they think. The United States is led this time by President Lanford (played by Sela Ward) with presidential aide Patricia Whitmore (daughter of former President Whitmore, played by Maika Monroe) at her side. Patricia is a dutiful daughter, as she has sacrificed her dream to fly for the Earth Space Defense Force in order to take care of her father (once again played by Bill Pullman), a tired man haunted by his time linked with the aliens. Her fiancé is Lieutenant Jake Morrison (played by Liam Hemsworth), an ESD force pilot stationed on the Moon, relegated to flying space tugs because of his brash attitude. Colonel Hiller (formerly portrayed by Will Smith), the hero pilot of the War of 1996 was killed in a tragic accident test piloting alien-human hybrid spacecraft (AKA Fox didn’t want to meet Will Smith’s exorbitant contract), but in his place is adopted son, Captain Dylan Hiller (played by Jessie T. Usher), leader of Legacy Squadron. Flying along side with Dylan in Legacy Squadron is Lieutenant Rain Lao (played by Angela Yeung Wing), a beautiful and proud Chinese pilot whose uncle is the commander of the ESD Moon Base. The director of the ESD program, MIT graduate-turned-cable technician-turned world-saving computer hacker, David Levinson (Jeff Goldblum) is still running around trying to prepare us for the worst—and boy is it coming.

“Bigger is better” seems to be the philosophy of the movie. The budget for this movie was $165 million (versus the $75 million of INDEPENDENCE DAY) and it shows. The whole scale of the effects reflects the much bigger scale of the alien menace this time around. The explosions and worldwide destruction reach and surpass anything done by Michael Bay. The ships, both human and alien, are cooler and sleeker and the set pieces are just huge—this time around the alien mothership lands and covers the entire northern half of the Atlantic Ocean (I’m not exaggerating). The aliens also pretty graphically destroy Shanghai and London this time, as Jeff Goldblum’s timely deadpan quips “They like to get the landmarks.”

There are plenty of call-backs to the previous movie—something that was to be expected (my favorite was seeing the name “Russell Casse” on the Remembrance Wall in DC). There were wasted characters that simply had a role because of the first movie. They get introduced and poof! they’re gone (two such characters are General Grey, played by Robert Loggia in one of his final roles, and Vivica A. Fox returning as Dr. Jasmine Hiller). Humor was an important part of the first movie; it helped you to bond and care about the characters. It came at natural points and was believable. This time around, it’s like things happened because they were doggedly following a formula. Case in point is a throwaway romantic subplot between two of the pilots NOT in the main cast. You know that it’s going to end up with both of them getting together at the end or with one (or both) of them dying after professing their love (I’m not going to spoil it for you, but I just couldn’t help but roll my eyes when the moment comes). While the scale of the movie is once again global, the length of the apocalypse is measured in hours, not the days of the previous movie—this accelerated danger doesn’t give us much time to bond with the characters. You care about the characters because you know you have to, not because you grow to. Remember the Whitman speech (that I started this review off with)? There’s a moment in this movie that tries to emulate it, because they knew they had to have it, but to me, it felt tired and flat. The Deus Ex Machina moment of the movie also left me wanting for it to be not just necessary, but better.

I might enjoy it more on a second or third viewing because I know exactly what I’m getting. I know that Emmerich and Fox are counting on the movie to at least be moderately successful; otherwise they wouldn’t have ended it in such a way as to setup for an inevitable third movie to (hopefully) conclude the trilogy—something that at this point I want to see, not because of enjoyment, but because I’m a completionist at heart. I may have built it up in my heart over 20 years, but the quiet grumblings of the other people in the audience once the credits rolled reassured me that I wasn’t the only one feeling let down.  As long as you don’t expect much from your summer blockbuster movies, you won’t be disappointed.

I give the movie 2.5 gigantic alien motherships out of 5.

Independence Day: Resurgence runs 120 minutes and is Rated PG – 13 for sequences of sci-fi action and destruction, and for some language. Now playing in regular, 3D, and 3D IMAX theaters. 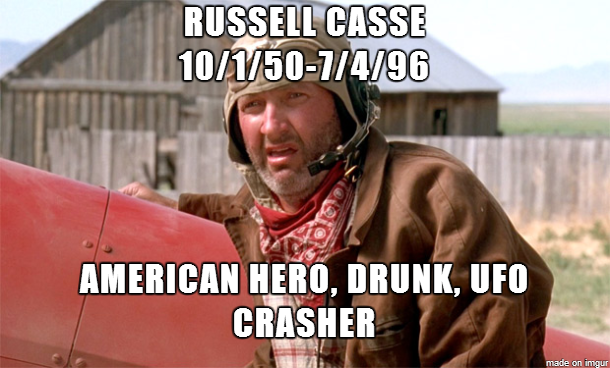 "Man. Myth. Legend. Ladies Man." There are many words that can be used to describe Manny...unfortunately, none of those apply. "DJ, Cat Lover, Man-Child, Wookie" will have to do.

6 Comments on INDEPENDENCE DAY: RESURGENCE –This is what we get after 20 years?