The Last Son of Krypton is returning to television!

The CW has wasted no time generating excitement for the fall premiere of Supergirl, announcing this week that Kara Zor-el’s sliiiiiightly more famous cousin will be appearing on the first two episodes of Supergirl to help the Woman of Steel get comfortable on her new network. Naturally, about 1.2 milliseconds after it was announced, the speculation as to who would be assuming the mantle of Superman began. So I figured, why don’t I add to the rampant speculation? With that said, here are some people I could see being contenders. 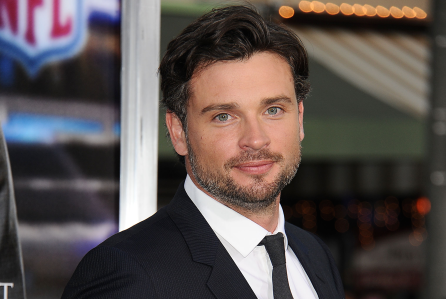 Because duh. Of all the actors that have played Superman and could still pull it off – Tom Welling is the only viable contender. Brandon Routh is already on Legends of Tomorrow playing Ray Palmer, and unless the CW goes for some sort of strange Parent Trap situation – he’s out. Dean Cain already has a role on Supergirl (he’s probably like….dammit!), and I don’t see Zack Snyder letting Henry Cavill appear anywhere he might have to smile. But let’s be honest, even if all of those guys were available – Tom Welling is the best choice of the group. He played the character for a decade on the CW’s Smallville recently enough that audiences remember him. More importantly, for the most part Smallville is remembered fondly. In fact, even before Supergirl exited CBS for the CW, people had already speculated that Welling would appear. Tom even commented on the situation himself, and while he didn’t seem to think it was likely, he didn’t completely rule it out. Personally, I’d love to see it.

Just look at the picture people.  I feel like if you were to go into a lab and genetically manufacture someone to look like Superman, this guy would be the result. But aside from that, his résumé speaks for itself.  For one, he was on the short list of actors up for the role when Henry Cavill was chosen to play Supes on the big screen. In addition, he displayed the appropriate amount of charm in his long running lead role on USA’s White Collar, won a Golden Globe for his work in The Normal Heart – and if that’s not enough, he’s played Superman already. Twice. Sort of. He was the voice of Superman in the animated feature Superman: Unbound and even played a live action Clark Kent/Superman in an overseas Toyota commercial. No, really. Check it out. 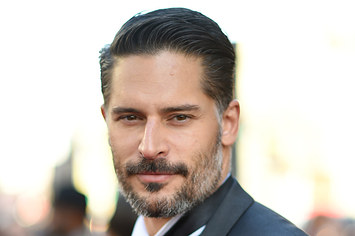 If there’s anyone who was actually closer than Matt Bomer to getting the role of Superman, it was True Blood’s Joe Manganiello. Manganiello was reportedly one of Zack Snyder’s two finalists for the role, and ultimately lost out on the role because of….wait for it…scheduling issues with True Blood. Ugh. It’s bad enough that the quality of True Blood fell off a cliff in its final couple years, but to deprive a guy from playing Superman?  That’s just cold, HBO. So this could be a second chance for Manganiello, who certainly has the looks and the physical framework to play the role. Do a Google search and type in “Joe Manganiello Superman” and you’ll see that plenty of people have imagined him donning the red and blue spandex already. 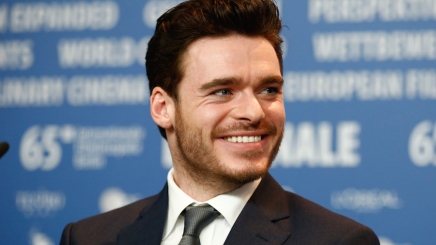 Sorry, I’m gonna need a minute….hold on…It’s just every time I even think of The Red Wedding I need to stop and pull myself together. Ok, I’m ready.  I know Richard Madden is a little bit of an outside the box choice in that he doesn’t necessarily look like the prototypical Superman, and he’s very British (so is Henry Cavill!!), but let’s not be hasty. Superman is, on the surface, a complete 180 from a character like Robb Stark, but I think if you dig deeper, they’re similar souls. Both men have been put in the position of having to carry an extremely heavy burden. And no matter how dark things get, both guys at their core always attempt to do what’s right – even if it puts you in harm’s way. Even at your own wedding. I’m gonna need a minute again. 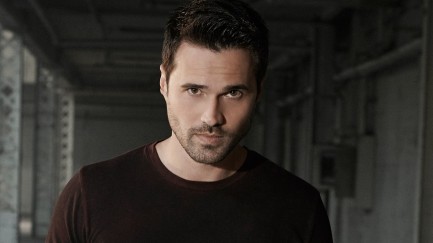 Why not? Fresh off his scene stealing turn as both evil Hydra agent Grant Ward and even evil-er mind controlling big bad Hive on Marvel’s Agents of S.H.I.E.L.D, Brett Dalton is now a free agent. Throughout the first two seasons of S.H.I.E.L.D, the man proved he was extremely versatile, playing romantic, charming, vengeful, arrogant, snarky, heroic, and villainous – sometimes all within a single hour. He’s got the looks, and he’s fresh in the mind of the comic book/superhero audience. If you’re looking to reach a little farther outside the box, I think he could be a sneaky good option.

Ok, those are the five that sprang to my mind first. Obviously, there are a number of dark haired, good looking actors that can play the part – this is just one guys’ opinion. Agree? Disagree? Love? Hate? Discuss amongst yourselves.

Who do you think would make the worst Superman? It’s a question the staff here at PCU had a fun time discussing – and here were the dubious results:

Dustin Diamond: Hard to imagine Screech being able to fill out any kind of Super hero costume…but hey, maybe they recast Jimmy Olsen down the line?

Joey Lawrence: It would be the opposite of heroic if Superman stopped and said “Whoa!” every time something cool happened.

David Schwimmer:  Ross Geller as Superman? Can Superman have a total lack of self-confidence?

3 Comments on The CW begins the search for Superman