Spring is here! Which means the birds are singing, the flowers are in bloom but more importantly: NEW ANIME!!!!  That also means that with new anime we have hits and misses, so if you’re not sure what to watch, don’t worry we got you covered. I have watched all the anime from this first week and now it’s time to tell you, our PCU anime fans, what we chose as the Best of Spring Anime from this week. Now, I didn’t include any shows that had previous seasons such as The Asterisk War or shows remade from OVA’s such as Mobile Suit Gundam Unicorn RE:0096. Only brand-new, never before seen anime will be included in this list…so let’s get started. 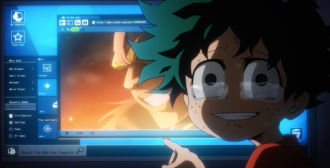 Years ago, humans began exhibiting super powers called “Quirks”, which led to an age of superheroes and super villains. Izuku Midoriya -Deku- has been in love with superheroes ever since he first saw the greatest hero of them all; “All Might”. From that moment on, Deku knew that he wanted to be a superhero. Fate had other plans, however, as Deku was born without a Quirk. Force to just study other heroes and face the chastisement of his classmates, Deku walks through life downtrodden with the knowledge that he will never be a hero. However, all of this changes when Deku has a chance encounter with All Might; one that will change Deku and the superhero community forever.

This series is the quintessential shonen series, as it has action, tons of comedy, and a hero you cant help but love. The manga was amazing, and to see it fully animated is breathtaking. If you have never heard of this series before, go check it out. It’s available to watch on Funimationnow.com and Hulu.com 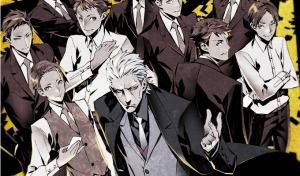 In 1937, the Japanese Imperial Army established an institute called “D-Agency”, in order to train spies. Lieutenant Sakuma has been assigned to oversee the Institute, and what he sees confounds him.

As Sakuma observes these men, he slowly realizes that they aren’t as trustworthy as he originally thought. The men looked to be assembled to eliminate each other, and he may be the one to go.

This is a fantastic drama, on par with the anime Monster. It’s interesting watching Sakuma experience the shaking up of everything down to his beliefs as he observes these eight individuals. Hands down, this is one of the best animes this season. You can view this on Crunchyroll.com. 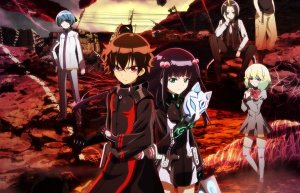 At the young age of 12, Rokuro was a known as a genius exorcist. Then, a massacre happened, leaving him one of the few survivors. Now it’s 2 years later, and Rokuro refuses to have anything to do with exorcism. Adashino (another exorcism prodigy) believes that she is the best of the best. When summoned to come to Tokyo, she hears there may be someone of equal or greater talent. Rokuro and Adashino run into each other by chance, and they awaken the power hidden within Rokuro. Now, they are forced to team up (despite their mutual annoyance with one another), as they may be the legendary Twin Star Exorcist.

This is another fun, action-packed anime with tons of laughs to go around. The fact that the main protagonists truly annoy each other, yet share a mutual respect, makes for very entertaining viewing. I really had fun with the first episode, and I am definitely in need of much more. Catch this series on Crunchyroll.com. 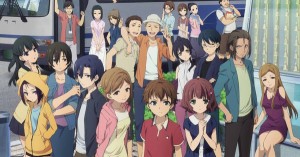 30 young men and women who have won a secret online contest have decided to take a bus trip in search of the mysterious Lost Village of Nanaki. There is a legend which says that those who sought Nanaki Village disappeared, but some say that those same people actually built a Utopian society. All 30 people willing to leave their painfully past behind shed their names for fake identities as they travel, hoping the promise of a new life isn’t just a fairy tale.

This anime was compelling, but with 30 plus characters to work around, it could get a bit confusing. Fortunately, the first episode gives off a thriller vibe, and it has really nice pacing throughout. This is definitely one to keep watching, and you can find it on Crunchyroll as well

That’s it for my picks this week!  Did you agree, or were there other anime which you felt should be on this list? Let us know in the comments right below, and stay with us here at Pop Culture Uncovered for more anime and manga coverage!

Mansa is a lover of all things Pop Culture and Geek related. So If your looking for a man who can dry wall, fix your car or build your perfect walk in closet he ain't your guy. But if you need to know the names of the Pilots of the Voltron Force or who sang the theme in the latest Bond flick he's your guy! Mansa is also an up and coming podcaster which you can find on Pop Culture Uncovered, MBM Wrestling on Tau Radio and 2 Fat Guys and a Podcast.
Follow Pop Culture Uncovered on WordPress.com