Update:  for everyone that screamed that Japan isnt looking to diversify themselves,may want to look at this .

In some cases, maybe I am the wrong person to write this. Maybe it’s because, it’s been many years since I have been vested in any anime series or maybe, it’s because anime is no longer an interest of mine. However, when I do take a look every once in a while, I do STILL SEE  that people of color (as they exist on earth, not anyone who is green, blue, purple etc.) still lack any starring roles in anime. This popped in my mind as I saw this article pop up asking “If I don’t draw Black characters, who will?” and it made wonder, why aren’t there more people of color in anime?  Also it made me wonder, how is something that seriously under-represents us is liked by so many of us?

What’s really disconcerting with these questions is that within Western comics communities, many debates continue to rage around characters of color like Sam Wilson becoming Captain America, Wally West Heimdall and Johnny Storm going from predominantly Caucasian characters to people of color in both comics and movies, and then of course Miles Morales co-existing with Peter Parker.  But at least there are plenty characters which reflect the Western culture audience although there is still a great need for more diversity not just within the pages of comics but in the creation process as well.

But where are they in anime and why aren’t there more LEADING characters?   Mind you, we DO appear and most often as a supporting character.  I think the first time I remember being exposed to such a thing, (and crazily enough it really didn’t even register then because I was young at the time) was Robotech’s Claudia Grant and she was very well written.   Even after that, over the years, the only time I recall ever seeing a lead role of any character of color was Afro Samurai. Even then, he was created because of a love of hip hop and African American culture with that imprinted throughout the series.  As a fan, one should ask why aren’t there more roles featuring people of color?

This question is still a head scratcher for me because as much as manga and anime straddles between being its own niche and mainstream culture, it’s very noticeable that we are underrepresented in their media yet and still, if you to any anime con, you see many men and women from very diverse backgrounds who show their love through cosplay. And that’s where things get very interesting. It does so because even though in many circles one would think that the anime and manga crowd is move accepting, many times online we see that they are not.   If you look at many of the cosplay videos that are posted after cons, very rarely do you see anyone of color in them regardless of how well made their cosplay is.   In other circles, there have been people who bash cosplayers simply because they were non-white and in some cases, non-Asian portraying an anime character.

Then, there is the issue that is very complex even to me and that’s understanding how Japanese people see themselves, how homogeneous as community they are and how conditioned they are when it comes to creating their characters.  Western imperialism and standards of what is considered to be ‘beautiful’ may highly be to blame.  It runs deep not just within their culture but most other cultures as well.   It’s just sad that its reflection comes out  in their animated shows which intentionally or unintentionally can lead to a racial divide.  It’s an issue that very few are willing to understand and address.

If one looks at how characters are drawn, it’s obvious to see that they don’t identify with typical Japanese people. Even if a character is identified as Asian, they very rarely look like their real life counterpart. So, it makes me wonder how they see themselves in relation to the rest of the world thus it limits them for allowing characters of color to be the lead in other series outside of something inspired by American hip hop. 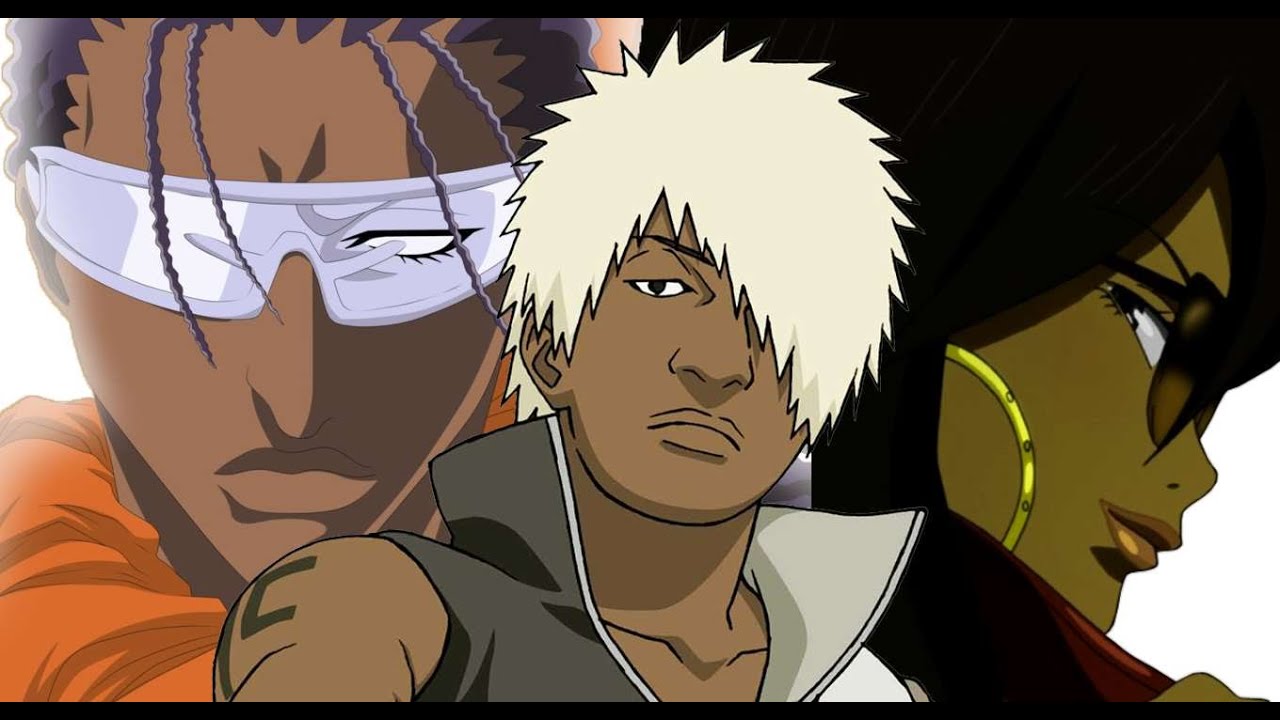 My belief is that if you as a person of color is planning to get invested into anime and manga, do it with the open mind that you will see even less of a representation of yourself that even in the pages of Spider-man, The Avengers, or even the Justice League. We are talking about a population of people who very rarely see others outside of their insular society that look and act different than themselves, yet somehow we show up in their media.  It’s also a society that has no probalem appropiating other cultural pop culture norms and adapt them for public consumption.  Be prepared that you may never see yourself in Attack on Titan and if you do, you will be lucky if your character is a background character. Even though many Western media outlets are slowly but surely making moves to bring more diversity to leads that represent all who consume it, anime and manga may take less time to do so because as stated before its due to a homgenous culture. That is why there is hardly any diversity in anime.   This may be one of those times that if we hope to see that change, any mind out there who is brilliant with storytelling and has a capable artist to do it, will have to do it themselves and not wait for someone else to do it. If you look at what Dwayne McDuffie did years ago, then there is nothing stopping an enterprising team of Black, Latino, Asian, or where you may be from, from opening up an anime studio outside of Japan and create something that best reflects the audience of readers and viewers.

10 Comments on Why isn’t there more diversity in Anime?