I’m looking at the calendar and it’s just too soon! It’s almost the holidays, which means it’s time for all of the insane amounts of TV specials and re-runs.   It’s a good time to start clearing out the DVR of all those shows that we allowed to clutter up space but most of all it’s time to decide what shows we are going to stay with and others we will let go. This year was a rare instance, in that many new shows survived the initial cut, but their future is wide open come 2016.   For myself, I am looking at a lot of shows I am trimming from my list but let’s look at a few notable ones to see if they will make the cut. 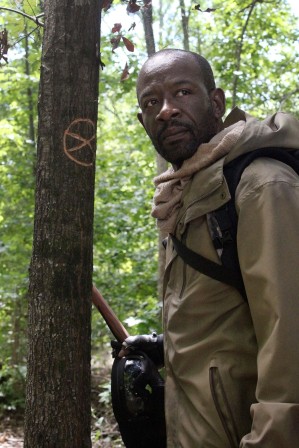 The Walking Dead – Yeah, I am saying it, once this mid-season finale kicks in, I am done. I do have to admit this season’s pace was a bit better than the last but I think as with most shows, you just need to know when to get off. Glenn is “dead” and Rick’s crew has been scattered. We have seen people make some frightfully stupid decisions and someone has to bail them out. But it’s kind of the hallmark of what The Walking Dead has been all about. It’s been about the same with the comic book for me as well. At some point, you came, you saw all that you needed and now it’s time to go. Even the addition of Negan isn’t enough to keep me here.

Verdict – Off the Bandwagon 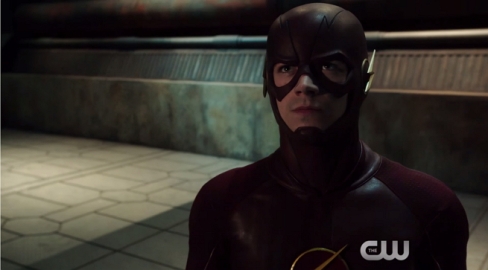 Flash – The 2nd season so far has been a mixed bag for me. While I do like the fact that it’s consistent in how much we get to see Flash do his thing on the show, I am still not crazy about the amount of characters that get introduced into the show and finding out who the Flash is under the mask. I have however liked the return (if you can call it that) of Dr. Wells. I also like the menace that is Zoom as well as the addition of Earth 2 into the mix. The 2nd season has had its ups and downs but it’s really maturing into a good show

Verdict: Still on board

Arrow – I am really struggling with Arrow in this 4th season. I am still not entirely crazy about the flashbacks as they’ve done nothing but break up the pace of the present day. The big issue for me is that we are still seeing too many villains from other characters’ rogues galleries on Arrow. Last season, it was Ra’s Al Gul, one of Batman’s biggest adversaries and this year it’s Damien Darhk who has battled the Teen Titans and soon Vandal Savage will be introduced. I do have to admit, I like what Arrow has done with Darhk and I enjoy watching Neal McDonough in that role. The only other thing I am not entirely crazy about is Sarah being back in the picture because I haven’t been crazy about shows where characters knowingly make ‘bad decisions’ and just keep making them.

Verdict – Still on board but edging to the exit.

Scandal – My wife and I got on board when so many of our other friends were chattering about this show. We binge watched the first season and the first ½ of the second season and then fell in with everyone once it started back up. Blink from 2012 and it’s already 2015 and somehow it’s still on. While my wife is still watching it, I called it quits 4 episodes into this season. Even with Shonda Rhimes’ magic, I am starting to sense that there is no place else for this show to go. I am still seeing Olivia making bad decisions; she can’t decide if she wants to sleep with Fitz or run off with Jake, Fitz has finally gotten to the point where he gives zero f**ks about who knows about the affair and Mellie in my mind is still trying to be her own woman and just when she gets to the point that she seems free of Fitz, she falls to pieces when Olivia gets involved with Fitz. For all of its intrigue Scandal has started going in a circular pattern of trying to figure out where it wants to go with the story and requires some suspension of belief from the viewers.   Like The Walking Dead, I came, I saw, and I can get off the ride now.

Verdict – Jumped off the bandwagon into the river below

Blacklist – Last season was really shaky for me with this series, but once Keen and Reddington went on the run this season, it really picked up. I have really enjoyed how Reddington has somehow eluded the feds, helped them solve big cases and still worked to take down the mysterious Cabal all the while trying to clear Keen’s name. Initially I feared how this would fare with Scandal coming on in the same timeslot, but for myself, this is easily my pick.

Verdict – still firmly on board

Once Upon a Time – about to start looking for an exit

Last Man on Earth – Still on Board

iZombie – Still on Board

Agents of SHIELD – still tentatively on board

Law and Order: SVU – sliding towards the exit

Grimm – still on board 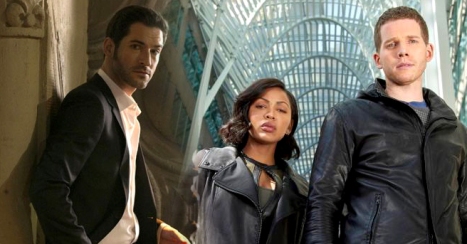 Minority Report – This show got my 3 episode limit and I quickly made my exit. To be honest, if Fox was going to run a show like this and see success, they could have just kept Almost Human on. At its base, it’s pretty much the same concept. It’s a show set in the not too distant future where a hard boiled cop is partnered with a quirky individual to fight unique crimes. The show feels nothing like the movie or book that it’s based on and there is really no reason to hang around for it. Another harbinger that it’s not going well is when you see little advertising on its home network and when you hear it’s being cut from thirteen to ten episodes. 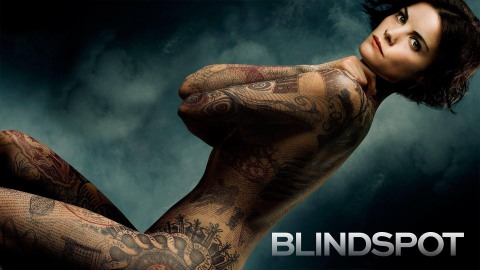 Blindspot – It’s a good show that I am still trying to figure out if I like. I do love the premise of an amnesiac woman who is covered in tattoos and becomes an FBI consultant, which helps her figure out she is a bad ass. But with some of the storylines, I feel like I get all I need out of this genre in Blacklist. Most weeks we get a ‘case of the week’ story, others feel more like the pieces of the puzzle are coming together. Not to mention every other week we are discovering that Jane Doe has more abilities than she thought. At the end of this year’s run, I think it’s going to have to have a really big hook or twist to lock viewers in for next fall but so far it’s ok.

Verdict – on board at least thru the end of the season 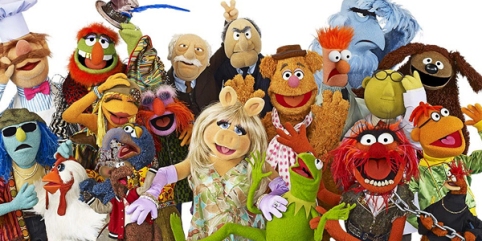 The Muppets – This show has been divisive among fans since the straw incident. Personally, I enjoy this show and while there have been a few questionable things happening on the series, what about some of the other shows that are on ABC in that same timeslot? The bottom line is this; I have been around long enough to see The Muppet Show in the 70s, some of the movies and so on. Parents this is NOT Sesame Street, you aren’t going to see Elmo, Oscar or Big Bird making cameos to impress your 4 year old. The Muppets in many ways was a more mature, burlesque, version of the characters we came up with and even some of the early shows may have had some cheeky content. I like what this show is now, I love the fact that it’s grown from what it was in the 70s to a modern version of what it’s always been: Kermit running things behind the scenes to prevent chaos with his staff and somehow almost always pulls a show together by the skin of his teeth. 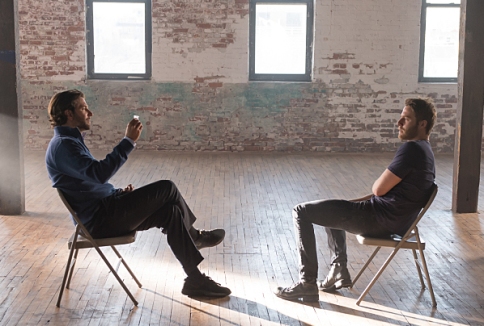 Limitless – I am still kicking myself that I have yet to see the movie in which this show is based on and again some of what I get here with spooks and political thrillers I can get from Blacklist but the draw here is that little pill that makes everyone insanely smart for that short time. I even love the fact that Brian Finch, who is caught up by everyone wanting to know why the pill affects him differently, may be a jerk but he has heart. I even enjoy the fact that Bradley Cooper reprises his character to try and outthink the FBI and uses Brian to find out what’s happening. While this show also carries the ‘case of the week’ formula, there is still the growing backstory of how much can Finch withstand before either withdrawal or addiction sets in and the NZT kills him.

Verdict – Still firmly on board

The Bastard Executioner – While billed as the ‘working man’s’ Game of Thrones, whatever that is, I really gave it a good try. I liked the first 2 episodes but around episodes 4 and 5 it just became a long, boring mess of a show with characters I could care less about.  The biggest chink in this show’s armor is that every episode was 90 minutes (including commercials) long making this a weekly TV movie that was unbalanced with entirely too much exposition and not enough action to break it up. I also wonder if broadcasting it at 10pm may have hastened its demise as it was also announced  this month that it was cancelled. Even though people can DVR the show, asking people to stay up until almost midnight early in the week to watch a live TV show may be a lot to ask for.

Life in Pieces – I simply like this show because it’s not Modern Family and it’s not trying to be. Too many people compared it to that and I think they are wrong. What’s nice about the show is the somewhat disconnected fashion that it’s presented in, thus the title. In a ½ an hour you get snippets that form a larger picture of a family and some of the situations are hilariously relatable and some are a bit over the top but these moments are what make these individuals a family, we just get to peer in at what seems like random times.

Verdict – definitely on board

The Last Kingdom – In my opinion, this is the show that The Bastard Executioner should have been. If you are a fan of Vikings, this show gives a somewhat different spin on the Nordic invasion of England. The plot is not bogged down in minutiae and there is enough action throughout to break up some of the slower points of the show. I love the fact that Uhtred is portrayed as being conflicted about his upbringing and it seems like the more King Alfred shoulders him with burdens the more Uhtred wants to find ways to bring Alfred down, yet retain how he was raised. If you couldn’t get past FX’s offering, try this BBC one instead…at least until Vikings comes back in the spring.

Verdict – On board til the ship does down

Scream Queens – done before the end of episode 1

Supergirl – Jury is still out but so far still watchable

Heroes Reborn – Got my 3 episode limit and I was done

So that’s it! These are my picks, what are yours? Leave feedback in the comments!