Hey, Game of Thrones fans. Did you have fun with the 1st two episodes?  Are you one of those lucky sods who had a raven drop off those 4 episodes that you wasn’t supposed to watch but you did?

Remember, please DON’T BE A JERK!

(And…Join us for the live chat here!!)

In the meantime, this week, Viking is helping those who want to talk of the tales from Westeros but are a bit lost,  by sending out these cool crib notes to get a better understanding of what’s going on.

Print these out and share around the watercooler as you wonder why on next week’s episode why Cersei…hey wait…I CAN’T TELL YOU THAT YET!!! 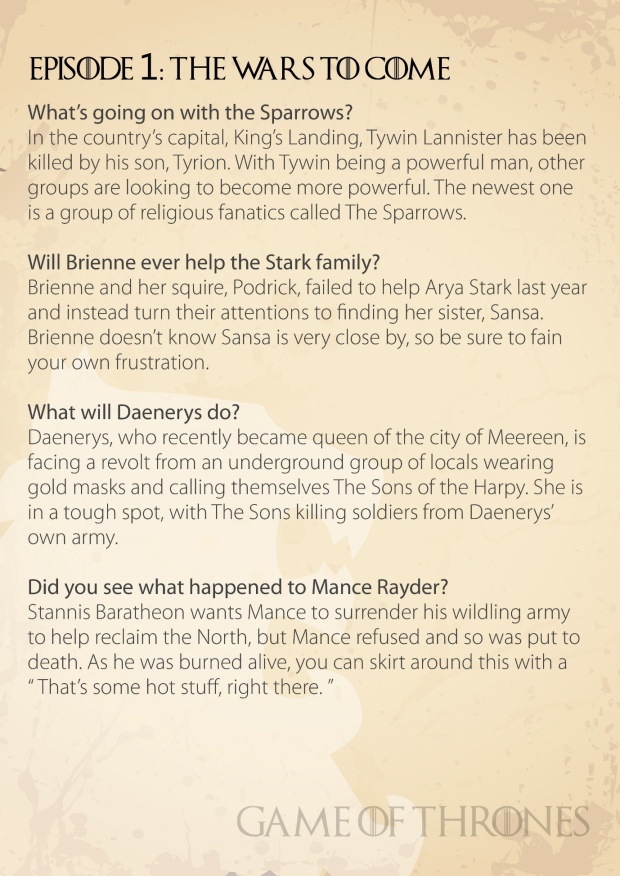 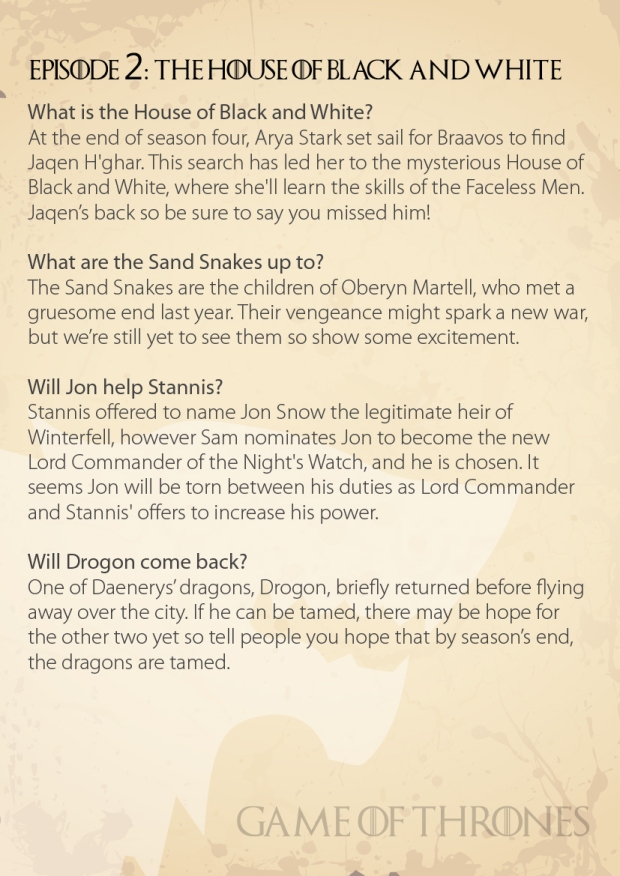 Viking is a global company, established in 1960 and now present in over 11 countries worldwide. It is part of Office Depot, one of the largest suppliers of office stationery and office products in the world.

Viking employs over 1,300 people in the UK and has built its success by selling great products at great prices, while offering customer service that is regarded as the best in the industry. Viking’s UK headquarters is located in Leicester.