In the past I have voiced my concerns surrounding this film.  My concerns were: Whitewashing,  direction, script, and authenticity. With the new developments on the film, it seems the nightmare became reality. Excuse me if this seems a little ranty but Major Motoko Kusanagi is my all time favorite Anime character.

Yes, I am passionate about the outcome of this project, but I will try to remain neutral. TRY….

I am quickly going to address white washing. We all know that is a major problem, but for Hollywood, that is business as usual. We have plenty of main stream Asian actresses but these would be my two that I think fit perfectly for the role of Major Kusanagi:  Tao Okamoto, or Oscar nominated actress Rinko Kikuchi

Its not like they don’t exist in Hollywood, sheesh.

Well, now thats out of the way….

Outside of Rinko and Tao, there are plenty of other Asian actresses like Maggie Q, Jamie Chung, Ziyi Zhang, anyone one of these women would have been a great addition to the production. Buuuuut we get Scarlett Johansson. She has been officially cast in the role of the Major.  Whitewashing of course….Strike One.

She’s played a robot many times before so this shouldn’t be difficult for her. I can see why she was cast. It was a great strategic move by the studio. Especially, after her success with the Avengers series, Captain America: The Winter Soldier , and Lucy.  She will draw people to the theater. I am certain they paid her a ridiculous amount of money for this movie. Especially, since she was hesitant to take the role in the first place!  But where does it go from there? The people behind the scenes confirms my belief that this may not financially fail, but will be a cinematic tragedy for all involved.

Observe the reasons for possible failure:

Slated to direct the Ghost in the Shell live action feature film is Rupert Sanders. Yes, Rupert Sanders, the director of the slow, and dull, Snow White and the Huntsman.

If that still isn’t jogging your memory, then you will remember him as the man involved in TWILIGHT-GATE.  Apparently, Sanders was getting cozy with Kristen Stewart.

To capture the setting perfectly, I would think you need strong director. Someone with a body of work fans can trust. Snow White has fantastic visuals, but not much of anything else. Sanders does not have a long history of directorial work, and nothing exciting in his cinematic repertoire. I guess we will find out what he brings to the production when it is released. But for me, this is strike two against for the film.

This is where my heart sinks. I Learned that the script is to be penned by William Wheeler. Wheeler is the writer of such films  as: The Hoax, The Reluctant Fundamentalist, and a TV show called The Cape. That is, if you’ve heard of any of these titles.

At this point I’m wondering just how serious they are taking this production. Strike three….

Ghost in the Shell is a futuristic story, heavily philosophical,  and submersed in rich Japanese folklore.

Masamune Shirow manages to perfectly interweave various elements together in a story that is seen as profound, and ground-breaking for its time. The animated film by Production I.G followed suit. The animation is a superb work of art. Some have even compared it to the likes of Blade Runner. Everyone involved did their best to make sure that Major Motoko Kusanagi, and, the message Shirow wanted to convey is remembered.

With Scarlett Johansson, Rupert Sanders, and William Wheeler, how in the hell are they going to manage to pull this off? The tone, the setting, the music, the message….Ok, maybe I’m being too harsh. No one has the inside scoop on what direction this film will take. The production could really come together and surprise us all, although, I doubt that. Honestly, almost all of the Hollywood live action adaptations of Japanese manga/anime have failed miserable at the box office, and among critics and fans alike.

You all remember the live action versions of  OldBoy? DragonBall: Evolution?

So far, it looks like everything is working against this film. Wrong actress, weak director, and even weaker writer. . But who knows, this is Hollywood, and things can change at the snap of a finger. By the time the film hits the big screen it could be a whole new cast of characters. Only time will tell, and I hope to be proven wrong. However, I’m not holding my breath for this one. I still have the manga and anime to cherish. 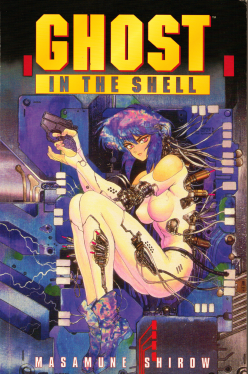 Writer, Critic, and passionate about comics, movies and equality on the big screen.

3 Comments on Ghost in the Shell Live Action Film: A Tragedy in the Making