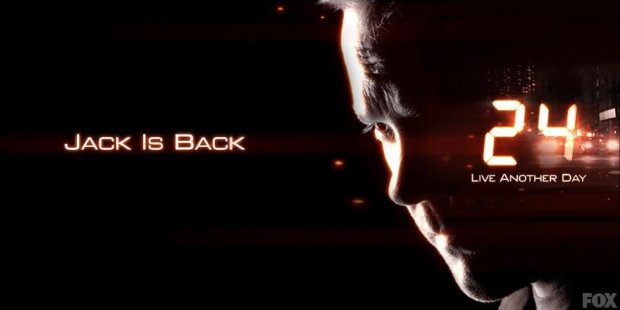 To start right off in all honesty, I am kind of glad that this will only be 12 episodes in that this show will have less time to meander and more of a push to tell the story. Straight out of the gates, 24 treads very familiar ground in the same ways it tells the story and that is both a good and a bad thing.

The plot is this (there will be spoilers): Jack Bauer has been found by the CIA in London and is caught. But his capture is planned as he is actually trying to break a fellow CTU agent out of lock up in which he does successfully. Meantime as that is being set up, we find the now President Heller (William Devane) is in negotiations with Britain with hot topics of the day popping up such as drone surveillance and NSA leaks and the such. In short, the overarching plot is the total sum of our post 9/11 fears and oddly enough it’s not taking place on American soil. The character back grounds themselves are now in new territory; Jack being a wanted fugitive, Chloe an underground hacker, James Heller is President with the possible onset of Alzheimer’s (honestly did anyone see this as a jab at what life could have been like under John McCain?)disease, and Audrey Raines who has finally moved on from Jack. We also get a new wild card in Kate Morgan (Yvonne Strahovski) who is an agent about to leave her station just when things kick off.

And they do in such a grand way as a drone strike killing 4 soldiers starts us down a tense path that will puts the US at odds with the UK. As the balls starts to juggle, we get to see a few things: outside of going after Chloe, what’s Jack’s motivations for being in the UK? What is up with Clhoe and the group of hackers that she is with and why is she going Edward Snowden on the US? How long will it be before President Keller figures out he is unfit to lead and how will he make it through this drone crisis? What’s the deal with the blonde and her switchblade through the head and her handler Margo?

While many of us were excited for the return of 24, I couldn’t help but notice that a lot of the story was a bit predictable. One could almost say that 24 last night was like a comfortable shoe that you are just trying on again for the first time in years. But certain things like the disgraced analyst that gets ignored,  as well as inept agents, assassins that you the viewer, can see coming  a mile away but the villains can’t and a few other things more or less made last night’s premier a by the numbers affair. But still the question remains and Jack Bauer does what he does best is, what is his motivations and why surface now when Heller and Raines both happen to be in the neighborhood?  Is it one last attempt to get on Audrey’s good side? Does he want to be cleared or is he just doing his duty? Stay tuned and find out.

However, being that a lot of my favorite shows on Monday are either on hiatus or CANCELLED (thanks again Fox for taking away Almost Human) 24 is a welcome return to what made Monday nights cool and water cooler talks on Tuesdays more fun.