From our first meeting of the Addams Family in 1964 to Wednesday snatching the spotlight for her very own series in 2022, the Addams family has been a fan favorite for over 50 years. And who better to welcome the newest generation of Addams fanatics than the expert in gothic film, Tim Burton. Now, I do not condone Mr. Burton’s values or his blatant refusal to allow POC casting in his films but I am taking an unbiased stance to allow honest feedback on this series and to focus on the quality of the show itself rather than the opinions of its director. I’ve been a fan of gothic and dark film for as long as I can remember and there is nothing comparable to my excitement where it is involved. Wednesday was no exception. Immediately upon hearing of it, I searched for potential release dates, set and costume photos, casting, any content that I could devour while waiting for its release.

I was not disappointed. 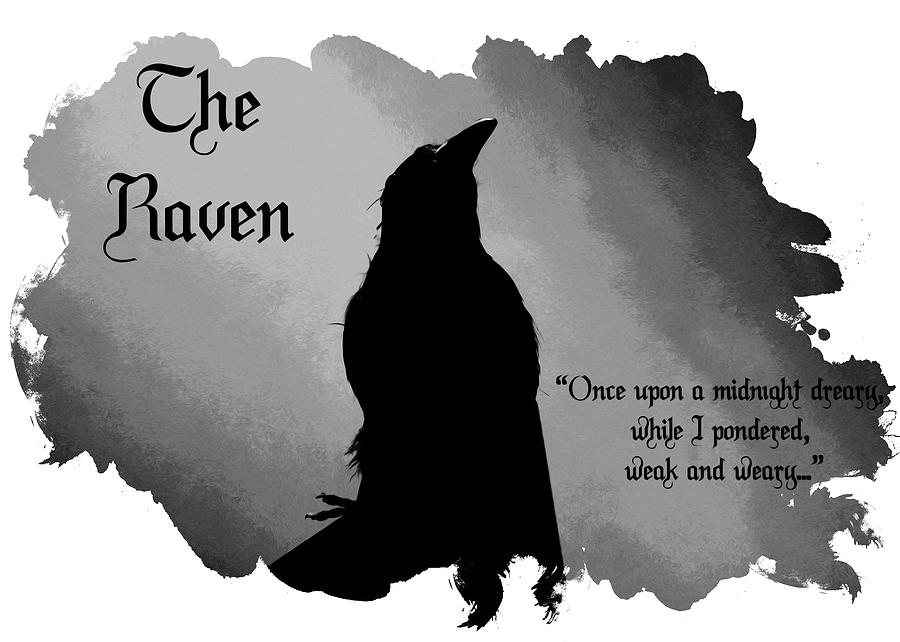 Before we delve into the dark, dreary world of Wednesday Addams, let’s talk about Easter eggs. Mr. Burton is well known for references to his previous works in each new film he releases but this may be the first time I’ve witnessed him take a page from another’s book, quite literally. We all know of Burton’s stellar reputation for being one of the best in the Gothic film industry but let’s travel back about a century to the best in Gothic literature, Edgar Allan Poe. You’re not hallucinating, you’ve read that correctly. Mr. Burton placed a number of Poe references in Wednesday and it creates a whole new perspective and further darkens the already dreary dialogue and atmosphere. We’ll start with the most obvious of them; the name of the school Wednesday is sent to after expulsion; Nevermore Academy. Some might argue that this could be a random name thought up by the production team but even without confirmation from Tim Burton himself there is only one quote iconic enough to bring about a namesake like that; “Quoth the Raven, Nevermore.” If that isn’t enough to convince viewers that Poe lurks in shadowy corners at Nevermore Academy, there’s also the multiple direct mentions of a raven throughout the series. We have the raven-dotted wrought iron gates of Nevermore, the taxidermied raven on Principal Weem’s desk, ravens soaring through each episode all the way to the annual school dance; The Rave’N. And that’s only 3 of many raven references in the series! One more Easter egg that deserves at least an honorable mention is the obligatory deadly sporting event at any magical school, which they of course named “The Poe Cup,” and the teams were suitably named after Poe’s other dark works.

You can’t have a show without a cast and this one was perfect. I was more than skeptical about Jenna Ortega being able to handle the well-loved role of Wednesday but oh was I wrong. Not only did she only handle it, she embodied everything we hope to see in our moody alt teen. The deadpan stare, vicious grin. Let’s not forget Ms. Ortega’s dedication to learn and perform a rendition of the dark 80’s style of dance, Fosse, as well as cut her hair, learn how to play the cello, and even go so far as to learn a bit of German. We went back to the roots with this Gomez and Morticia (played by Luis Guzmán & Catherine Zeta-Jones). Fans across the nation expressed outrage and disappointment when they saw the casting for our darling Gomez but I feel these same fans fail to remember that one of our first Gomez’s looked a lot different than the one Raul Julia played in 1991.

Putting aside the fact that Guzmán’s body type has absolutely zero affect on his acting, he gave us a Gomez worthy of an Oscar. He captured the same devoted husband we’ve come to appreciate and wish for ourselves and gave us all we needed to see him as the new head of household for the Addams. Now Mrs. Zeta-Jones was not the casting many fans were hoping for when Wednesday was announced but despite this she brought to light a new Morticia that left us howling for more. Isaac Ordonez starred as the other Addams spawn, Pugsley and while his acting was incredible, it just didn’t fit the Pugsley we all know and adore. He was emotional, needy, and depended on Wednesday to be his protector. I feel the mark was missed on our knife-wielding, equally vicious, little brother. Christina Ricci was the actress fans begged to see as Morticia due to her role as Wednesday in the 1991 film The Addams Family but was instead casted as the villainous Mrs. Marilyn Thornhill; the botanical science teacher at Nevermore Academy. Mrs. Thornhill seems pleasant enough at first but with a plot twist worthy of the Addams franchise, she’s discovered to be someone we never would have expected with a plan to exact revenge on Wednesday for the decades old murder of her family which she believes Gomez is responsible for. And we can’t forget our crew of formidable Nevermore students; Tyler, Ajax, Xavier, Yoko, Rowan, Enid and Bianca (played by Hunter Doohan, Georgie Farmer, Percy Hynes White, Naomi J. Ogawa, Calum Ross, Emma Myers & Joy Sunday). These actors created the perfect band of misfits you’d expect from a school like Nevermore.

The release of Wednesday brought the original Addams fans sprinting to the surface, expressing outrage and disgust at this new portrayal of the 90’s spooky family they grew up with. In Wednesday, we are introduced to a new side of Morticia and Wednesday’s relationship. Previous Addams films portrayed Morticia as an affectionate mother that encouraged and grew Wednesday’s fascination with the macabre but here we see Morticia and Wednesday often in disagreements over Wednesday’s antics. While this may be a different approach than many of us are used to I believe it’s fitting for the new generation of Addams fans. Children born in more recent years are being introduced to the Addams family through new animated movies and now Wednesday and I think it’s safe to say that society is a lot different now than it was when we were growing up. This generation relates to new ideas that we may not have even thought of and seeing an accurate portrayal of the relationship that they might have with their own parents is comforting. Do you remember the first time you heard or saw something on the TV or radio that fit you perfectly? That sense of euphoria, of people like you finally being acknowledged in media? That’s exactly how these kids feel seeing topics like bullying, dysfunctional families, not fitting in. This is their world now too and they should get the same opportunity we did to see ourselves on that screen.

Finally, the soundtrack was admirable and a wonderful fit for the eerie vibe we expect in an Addams film. The altered version of the widely known Addams Family song is true to the original with an especially kooky spin. There’s a gorgeous balance of morose tunes, old rock, and a few latina songs as a nod to the cast’s heritage. And the costumes!? Absolutely stunning. The vibrancy of the Nevermore uniforms, the uniqueness of Wednesday’s outfits despite them all being in dark tones, and don’t get me started on the dress Ms. Ortega did her iconic Fosse rendition in! Each costume was more beautiful than the one before it and Colleen Atwood captured each character’s individual style perfectly. Some have argued this is the worst of Ms. Atwood’s work but I believe she stayed true to the simplicity of the original Addams family while still putting her own little spin on it.

Overall, I think that Wednesday is the perfect introduction for new fans and a wonderful addition to those that have adored the Addams family for years. Wednesday gave us a new way to see our beloved family while still holding to the values of the original. The casting is spot on and nobody does it quite like Tim Burton. And remember “There is no exquisite beauty without some strangeness…” – Francis Bacon. With that, I bid you adieu.