I want to take a break from our usual board game reviews and discussions on role-playing games to focus on a single game by one major publisher.

Hasbro, the largest toy and game maker in the world, published a new variation of Monopoly. While this is nothing new, given there are thousands of varieties and editions, this is the first time the corporation has made a clear, political statement with the game. 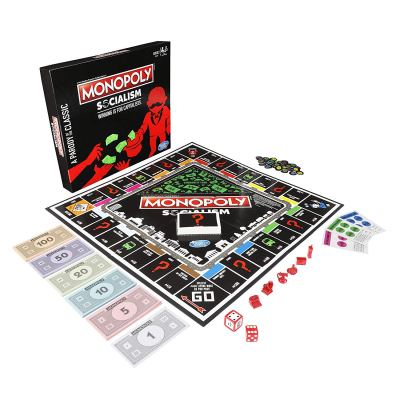 Monopoly: Socialism is supposed to be a parody of the popular game that puts the players through a socialist competition rather than a capitalist one. While that concept may seem interesting, the problem is Hasbro’s presentation of “socialism” is anything but that ideology.

As analyzed in articles and tweets, what Hasbro presents as “socialism” is primarily ignorant nonsense, cherry-picking the worst of Communist states and right-wing, anti-socialist rhetoric. Also, the game is full of jabs at anything considered “left-wing,” from vegan diets to environmentalism to public transportation.

Although no designer is listed, its rules and encounters read as if they were written by Alex Jones, Sean Hannity, or Rush Limbaugh. Jokes about “participation trophies” abound and it mocks concepts like a living wage.

You don’t need a degree to understand the difference between Communism, Socialism, Socialist Democracies, etc. Nor do you need an “Intro to Political Science” class to recognize the socialist-based programs we all depend on today or the political parties falsely claiming to be socialist.

Let’s be frank – Monopoly: Socialism isn’t a parody anymore than Michael Richards racist outburst was just part of his comedy act. It’s a flagrant attempt to mock socialist ideals (not to mention anyone considered “left-wing”), through misinformation and outright lies, all to cater to an ignorant right-wing and ultra-capitalist audience. 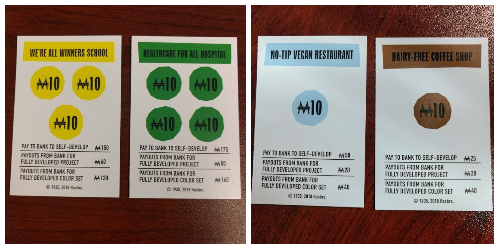 These are actual cards from the game

Why does this matter? What does this have to do with hypocrisy?

It’s not that the game is political, something we’ve talked about in the past. A game can be about politics, economy, etc. without necessarily being “bad” or tainted by falsities.

The problem is that corporations like Hasbro are trying to cater to conflicting audience bases, paying lip-service to one while spouting the rhetoric of the other. It taints everything that Hasbro produces, not just the boring Ameritrash (like Monopoly) but any other staple of tabletop gaming.

Please remember that Hasbro owns Wizards of the Coast, publisher of many games including Magic: the Gathering, the Pokémon Trading Card Game, and (of course) Dungeons & Dragons.

D&D, in particular, has been trying it’s best to be a vanguard of social progress, even if it’s faltered along the way. Even with a step back for every step forward, WotC has tried their best to make the game inclusive, progressive, and attractive to a more open-minded and left-leaning audience.

Hasbro, the real owners of the product, are simultaneously catering to right-leaning audiences with rhetoric and lies. The hypocrisy is in a corporation that wants to have its fingers in every pie, even ones that hate each other and spreading “fake news” in the process. 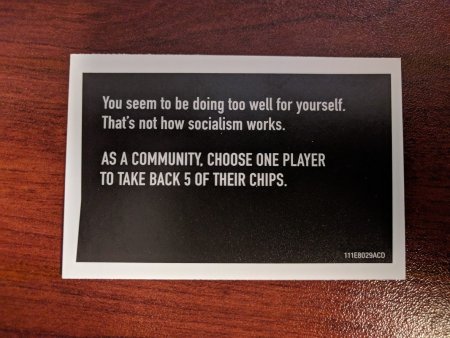 Sorry, Hasbro, that’s not how socialism works either

It’s no secret that big corporations will do whatever earns them the most money, ethics be damned. We’ve seen them promote inclusiveness and diversity, championing progressive causes while donating to political parties that oppose all of that.

The list is long of supposedly “liberal” or “leftist” companies that have been caught donating to the GOP. Famous names like Disney, Target, and Google are all guilty of double-dipping in the political field despite their supposed support of their left-wing customers.

What’s irritating about this is that it brings garbage politics to a tabletop community that’s been actively pushing back against right-wing nonsense. Like alt-right comic books, tabletop games that cater to ignorance and faux-centrist talking points have had to rely on independent publishing and the Internet to find audiences.

Also of question is, “Why did Hasbro approve this, to begin with?” It’s not like Hasbro is a major double-dipper; they’re generally associated with the left-wing and Democrats as much as companies like Apple.

Who at Hasbro said, “Let’s publish a ‘parody’ Monopoly that spouts right-wing, anti-socialist hyperbole and falsities”? Obviously, someone who never realized the history of the game as an anti-capitalist satire. 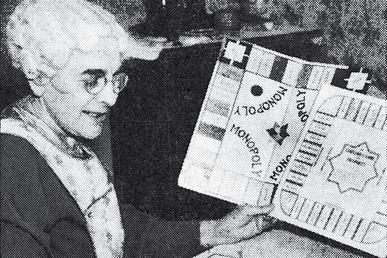 I’m all for allowing games to express themselves and to find the audience they desire. Games are art, and artistic expression is freedom.

What I’m not for are games that spout harmful political rhetoric, that only reinforce the already ignorant, closed-mindedness of other people (especially in the geek community). I’m double not cool with a corporation like Hasbro publishing it in the first place, hypocritically double-dipping into opposed customer bases.

I’m not expecting toys and gaming corporations to be ethical, but you can do better than this, Hasbro. Clean up your act and be the semi-benevolent and progressive corporation you purport to be.

At the very least, if you’re going to be political, don’t push misinformation, rhetoric, and outright lies. 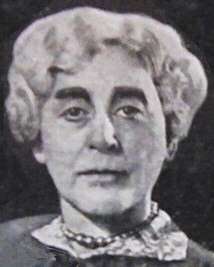 Lizzie Maggie is done with your shit

3 Comments on Tabletop Tuesday – The Hypocrisy of Hasbro