This review will contain mild spoilers, so beware! I’m leaving out the juicy bits, so if you haven’t seen Aggretsuko: We Wish You a Metal Christmas, you’re in for a treat! It’s not a long special – like Neo Yokio: Pink Christmas, so if you don’t feel like making a huge time commitment to a Christmas special, then Metal Christmas is perfect for you. Personally, I would have loved for this to have been an hour-long special. But alas, we got a regular episode length.The good news is, it’s packed full of goodness for you to enjoy!

If you’ve seen the trailer for this special, then you may have heard the wonderful performance of “Jingle Bells” by Tim Timebomb and the Interrupters, which we get to enjoy for the opening and ending theme music. This was a really great cover song for this episode, since it captures the feeling of our sweet and ragey red panda, who is doing her darndest to make a festive holiday for herself. But, of course something has to ruin it for her, so we get this all-too-relatable episode of being an everyday worker during the holidays. 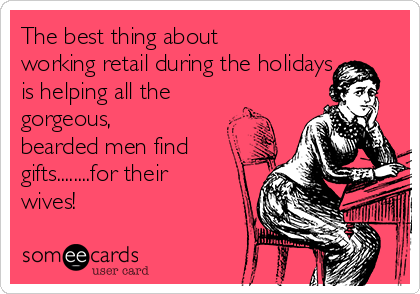 This episode picks up not to long after the events of season one, so we can hopefully view this as a segue into the upcoming season. We enter on the last scene from season one, where Haida is confessing his feelings to Retsuko. If you recall how you felt during that heart-clenching moment, prepare yourself for this one! 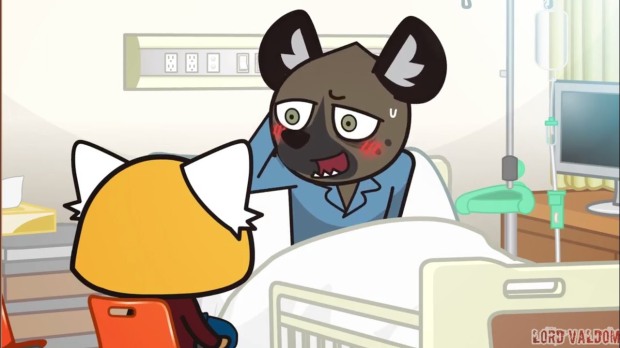 On to the main story, Retsuko is trying to get more into the swing of social media, and here’s where Tsunoda come on to the scene. If you ever wanted to know how to capture the perfect Instagram pic, fear not because Tsunoda-sensei is here (so excuse me while I jot down some notes). Tsunoda is the essence of what makes a social media (SNS) idol, and the amount of effort & critique she puts into her…”hobby” (I guess that what we’ll call it) is admirable. So taking on Retsuko as her student gave me a newfound respect for her that I never though I would have, as she shows genuine concern and care for Retsuko that I feel like we got a taste of before, but as the episode goes on, you definitely feel like she’s becoming more of a friend to her.

Speaking of friends, we can’t leave out Fenneko, who is champing at the bit as she’s following Retsuko’s Instagram posts (product placement, anyone?). Fenneko is a skilled SNS follower, and knows her stuff when it comes to dissecting an image. Her super-sleuthing comes in handy later in the episode. As Fenneko is looking at Retsuko’s recent pics, she’s seeing a pattern that makes her worry if her friend is becoming too enveloped in her social media image and possibly losing herself. In response to Fenneko’s concerns, Haida confidently states that this would never happen. While Fenneko has to agree with this, she doesn’t fail to mention how Retsuko has a tendency to go overboard. 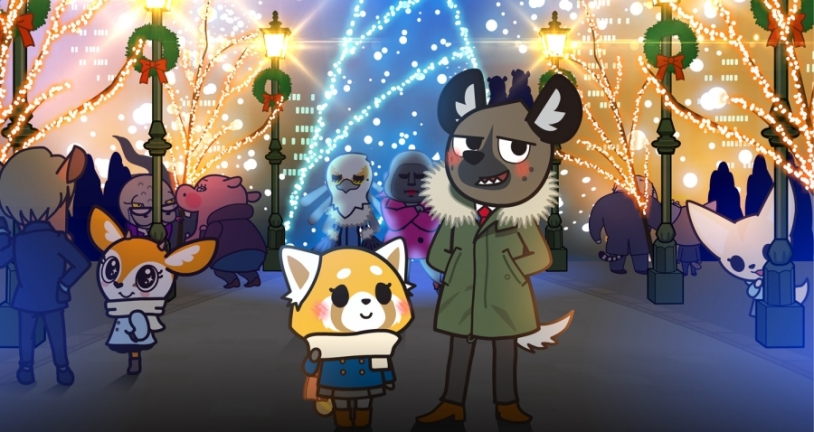 Later on, the topic of what everyone’s holiday plans are comes up, and Retsuko subtly excuses herself to run and grab lunch in another prefecture. In part, I took this as Retsuko not having any plans, and that their Christmas menu items would draw more attention to her SNS. Everone is pretty much coupling up or doing the family thing tonight, so Retsuko is left out, stuck at work, and pissed! Later, of course, she does a lovely serenade in her wonderful death metal fashion.

There is, however, the awkward bit where Retsuko’s boss comes through dressed as Santa, with two Tomiyas (not sure how that happened) dressed as reindeer pulling his sleigh. He’s here to spread Christmas cheer with a sack full of work – which of course gets dropped on Retsuko’s desk, with the instruction to finish it today: Christmas Eve! So now she’s trapped all night.

Now, we come back to precious Haida, who just wants to be able to spend Christmas Eve with Retsuko. While she’s stuck at work, however, he’s drowning his sorrows at a bar. There’s more to why he’s drinking, but I’ll leave that for you to witness first-hand. 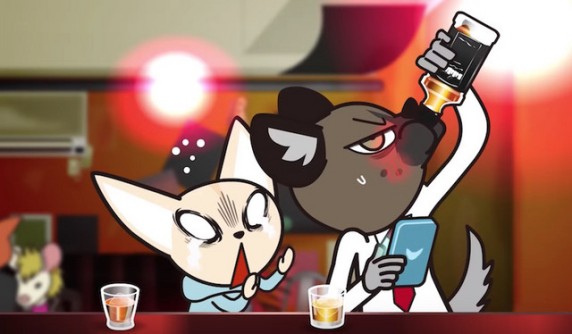 Ultimately, this was a nice way to tide us over while we await season two!

This special does a lot in a short amount of time, and doesn’t leave you wanting (at least not too much). We get to see all of our adorable characters from season one again – albeit briefly – and even more briefly for some (namely Resasuke). Still, it’s enough to see everyone and feel refreshed…unless you went ahead and binge-watched the series again. Either way, I’m sure you’ll enjoy this little holiday snack while we wait for the feast that will be coming to us next year!

A picture is worth a thousand words, so guessing by my photo I would say (in much less than 1000 words) I'm a bit of a playful young and old soul, who enjoys her own company, and when I am social my circle is small. I wanted to start writing because as I enjoy sharing my thoughts and experiences (although few, I'm only 27) with others, getting those out into spoken words is a bit daunting and I tend to talk myself into circles like a drunk person. The written word can begin as a jumbled mess, but after some alteration, and rethinking, it becomes something beautiful and gives more permanence to the listener/reader. If you're like me, you read in your head and assign random voices to what you're reading. I hope to grow my words and thoughts as I write, so this current profile of mine will be updated in due time.

3 Comments on Have Yourself a Jammin’ Metal Christmas!