At BlizzCon this weekend in Anaheim, multiple esports athletes were invited to compete in esports events for Blizzard Entertainment’s multiple titles. The competition was fierce but most everyone’s eyes were on this years Overwatch World Cup. The top 8 teams in the world were on display and most of the matches delivered.

At BlizzCon this past weekend in Anaheim, multiple esports athletes were invited to compete in esports events for Blizzard Entertainment’s multiple titles. The competition was fierce but most everyone’s eyes were on this years Overwatch World Cup. The top 8 teams in the world were on display and most of the matches delivered.

The results of each match are below.

Australia came into this match as the underdog against a very dominant South Korea team. South Korea ended up sweeping this series 3-0 and knocked out Australia to advance to the semifinals for the third straight year.

Finland was matched up against a very aggressive team from China in this one. Finland was listed as an underdog and after the US and Australia were knocked out, eyes turned to Finland to bring the upset. Unfortunately for Finland, China swept this series 3-0 to advance.

The quarterfinal match up between Canada and France was marketed as the big match of the day. Canada came into the top 8 with a second place finish in the Los Angeles group stage. France had a very strong performance during the Paris group stage as well. What should have been a very close match ended with Canada sweeping France 3-0 and advancing.

The biggest takeaway from all four of these quarterfinal match ups was the strong performance of the United Kingdom against the United States. The USA was the clear favorite in this match up with multiple members on the roster as seasoned veterans from the Overwatch League. What should have been a formula for success did not work and thus the USA was knocked out.

Day two of BlizzCon brought the semifinal matches as well as the bronze medal match and the championship match.

South Korea faced off against the surprise Cinderella team of the United Kingdom. What should have been an easy win for South Korea was not as easy. South Korea took the first map of the series but the next two maps ended up both as ties with the UK ultimately falling to South Korea 2-0. South Korea punched their ticket to the finals for a third straight year.

After a very strong showing by both China and Canada in the Quarterfinal round, this one still could have gone any way. Canada was only able to score two total points against China and got swept 3-0.

After this, both the Bronze medal match and the finals match were ready to go with Canada facing off against the UK in the bronze and South Korea meeting China in the finals.

With all of the other matches out of the way it was time for the finals. Both South Korea and China were dominant in their runs to the championship. The final match was slated as a best of 7 with the winning team having to win 4 maps in order to win. National pride was on the line and the question on everyone’s minds was whether or not China could upset South Korea and win. The answer to that question was answered in 4 short maps with South Korea taking it all 4-0.

For the third straight year in a row, South Korea are the Overwatch World Cup champs. 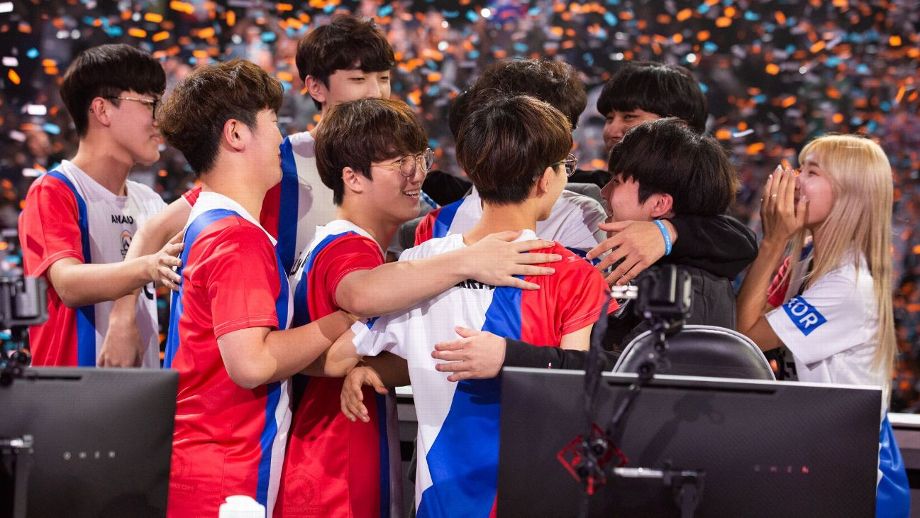 Congratulations to South Korea and the other teams in the top eight for a fun World Cup. We are looking forward to the match ups next year and to see who will win it all.