Marvel’s Spider-Man quickly became one of our favorite games of 2018 here at PCU, and the hype just doesn’t seem to stop. The first chapter in the soon-to-be-released The City That Never Sleeps DLC for the game (entitled The Heist) will be releasing on October 23rd, and what better time to get some Black Cat content than right around Halloween?

Included in the first DLC, we’ll also get a look at three new suits for our favorite wall-crawler. Fans of Spider-Man will get to see the suit from Scarlet Spider II, and even the Spider-Verse Spider UK suit. The third one, however, is a special treat for us comic book fans. This suit – known as the Resilient Suit – was designed by one of Marvel’s most talented illustrators (in our opinion), Gabriele Dell’Otto.

The PlayStation Blog had a post about this DLC, and they gave some really good teaser info on what we’ll be up against when we again take up the mantle of our Friendly Neighborhood Web-Head: 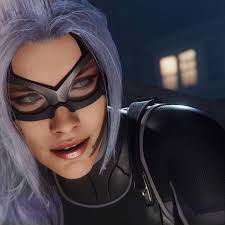 It goes without saying that, in addition to the suits, The Heist will give us some more content for the game. According to PlayStation, and the folks over at Insomniac Games, this content is said to include new missions, new trophies, and even new factions for Spidey to test his mettle against. Obviously, we gamers will have a lot of reasons to swing back into this game, and take to the streets of New York City once again.

Those of us who picked up the special editions of Marvel’s Spider-Man will already have free access to all three episodes of this DLC. People who got the basic game will still be able to purchase each episode individually for $9.99 per episode, OR as a bundle for $24.99.

Finally, if you haven’t gotten a chance to see the official teaser trailer, check it out!

What do you think of the upcoming DLC, dear readers? Are you going to be jumping back into Marvel’s Spider-Man to play, or are you skipping this content in favor of something else? Let us know your thoughts in the comments down below!