#Titans is here! Is it worth getting the DC Universe app?

Warner Bros and DC Entertainment has finally released Titans on their DC Universe app. Does it honor the source material while also bringing a new take on these characters?

The story for the Titans pilot is pretty straightforward. Dick Grayson has moved from Gotham to Detroit as a detective with the police department. There he runs into Raven who has run away from home after her mother is murdered. Raven has been having visions of the death of Dick’s parents and believes that he can help her with the demon inside of her. While that is going on Koriand’r wakes up outside of Vienna, Austria after she is involved in a car accident. Starfire has no memory of who she was and starts to seek answers. Rounding out the cast for the episode is Beast Boy  and Amy Rohrbach

The series was created by Greg Berlanti (Arrow, The Flash), Akvia Goldsman (Fringe, Cinderella Man) and comic book writer Geoff Johns (Green Lantern, Flashpoint). Johns and Goldsman share the writing duties for the pilot and they set up an interesting universe. This is a world where Dick has finally gotten out of the shadow of Batman and has started to use the skills he learned to help people in a legal way. Dick still does don the Robin outfit to clean up the streets which is evident in this episode. The fight scene ends with the now infamous “Fuck Batman” line and while the line was pretty jarring for some viewers of the original trailer, after hearing the story of why Dick left Bruce, I understand why he said it. The origin of Raven and her powers is pretty interesting and will most likely be explored throughout the season. The strongest story in this pilot however is the one involving Starfire. I found myself really engaged by it and wanted to see more. 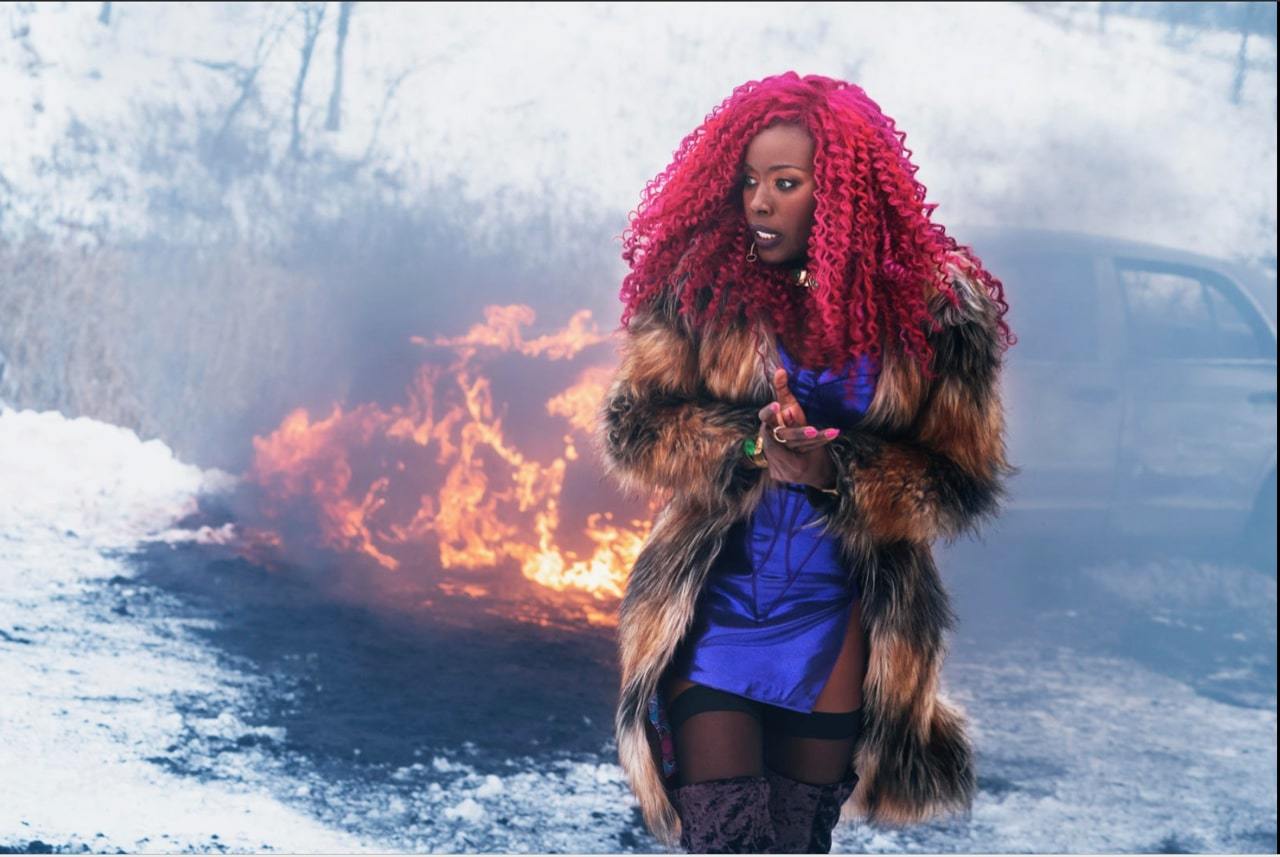 The acting in this pilot is pretty strong with Anna Diop and Brenton Thwaites as the standouts. Diop is great as Starfire and she is very believable in the role. I really enjoyed how she can deliver in the whole fish out of water scenario. She also pays a lot of homage to the character of Jason Bourne which I thought was pretty entertaining. Thwaites is great as Dick/Robin and as a viewer I sympathized with him and his situation. This is a Robin that has had a falling out with Bruce and he carries it with him wherever he goes. Teagen Croft is pretty solid as Raven and has some great moments. I see her growing more as an actor as the series goes on to rival that of Diop and Thwaites.

When it comes to the production value of the show, it’s pretty well done. The sets look beautiful and the cinematography is top notch. I really enjoyed the fight scenes (especially the one with Robin) and loved the grittiness of each fight with both Thwaites and Diop getting a chance to showcase their skill. The CGI that used in the pilot is a little better than that of normal television. However, that’s not why people are tuning in, they are there to see our heroes.

I did enjoy this pilot but there are a couple of problems with it, the biggest being Beast Boy. He shows up in the pilot for only a minute and it feels like it’s just another way to showcase the CGI while also saying “We didn’t forget about Beast Boy!” It felt shoehorned in and did nothing to propel the story forward. Beast Boy just didn’t belong. The other problem I had was with how trusting Raven was with people. From the moment she arrives in Detroit she is almost kidnapped because she trusted a stranger she had just met. I know she is seeking help but that was an annoying character trait. Maybe the lessons that she learns by the end of the episode will help her in that.

Even with its flaws, I did enjoy this pilot and I do want to see where they go in the season. I also really like that Geoff Johns is involved in the writing and producing of the show. It’s good to know that someone who has written the characters before helped create the show.