Action Lab Entertainment will be at Baltimore Comic-Con booths 2008-2009, with two titles – THE CONSULTANT and SPENCER & LOCKE – nominated for Ringo Awards at the show. They’ll also have two Baltimore Comic-Con exclusive variants (seen below), along with other offerings for both all-age fans and mature readers. 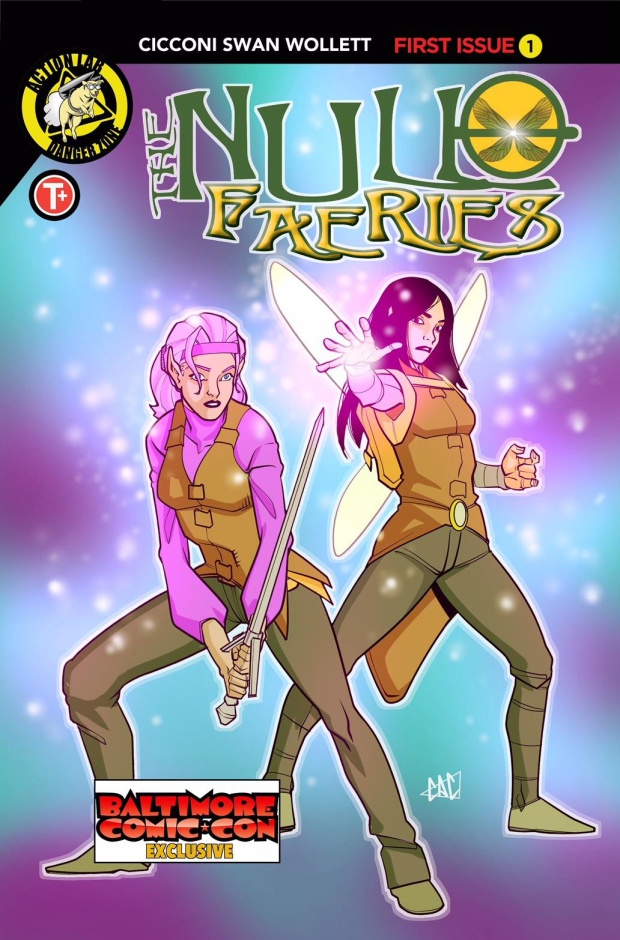 Ionantha Hesperis was the greatest of all the Queen’s Harvester Faeries when she was felled by a cursed Fey blade and stripped of her magic powers. Forgotten, but bitterfly refusing to die, she learned to exist on cunning – an aging mortal within an immortal society fueled by magic she could no longer taste. But when the queen’s pixie dust shipment is hijacked, putting the entire magical economy at risk, Ionantha is summoned into service once more and tasked by a vengeful Queen with solving the case of the century.

With Janey still apparently dead, her right-hand man Oscar must go on a quest to figure out how to bring the Zombie Tramp back!