Fans of visionary creator Matt Kindt will soon have the chance to collect some of his greatest works in a new and affordable omnibus format! Mind MGMT Omnibus: The Manager and the Futurist and Dept. H Omnibus Volume 1: Pressure & After the Flood are the first installments in Matt Kindt’s omnibus program set to arrive next year.
Mind MGMT Omnibus: The Manager and the Futurist collects the first twelve issues of MIND MGMT plus stories from Dark Horse Presents and i09, and never-reprinted before material from the original issues—including the fake ads, back covers, and inside cover stories. This globe-spanning tale of espionage explores the adventures of a journalist investigating the mystery of a commercial flight where everyone aboard loses their memories. Meru’s obsession with Flight 815 leads her to a much bigger story of a top-secret government Mind MGMT program. Her ensuing journey involves weaponized psychics, hypnotic advertising, talking dolphins, and seemingly immortal pursuers, as she hunts down the flight’s missing passenger, the man who was Mind MGMT’s greatest success—and its most devastating failure. But in a world where people can rewrite reality itself, can she trust anything she sees?
Mind MGMT Omnibus: The Manager and the Futurist goes on sale February 21, 2019, and is available for pre-order on Amazon, Barnes & Noble, and at your local comic shop. The 424-page omnibus retails for $24.99.
Written and drawn by Matt Kindt with colors by Sharlene Kindt, Dept. H Omnibus Volume 1: Pressure & After the Flood collects the first twelve issues of Dept. H. Dept. H is an exciting undersea science fiction mystery full of intrigue and deep-sea creatures! In Dept. H, Mia is a special investigator hired to uncover possible sabotage taking place at a deep-sea research station, where a bitter and paranoid crew try to keep the base functional. What she uncovers is a mind-blowing crime scene filled with suspects with terrible secrets and an impending flood! 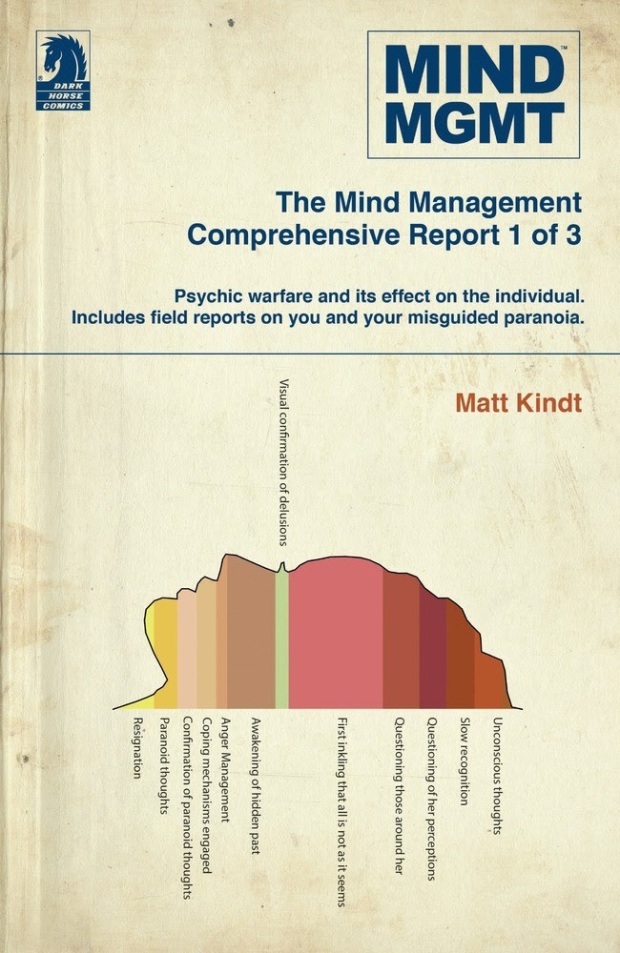 Dept. H Omnibus Volume 1: Pressure & After the Flood goes on sale May 22, 2019, and is available for pre-order on Amazon, Barnes & Noble, and at your local comic shop. This 320-page graphic novel also retails for $24.99.
Dark Horse will release more information on subsequent omnibus volumes in the next few months.