Gamescom is in full swing right now in Europe and Microsoft fans got to hear and experience some great news from the Xbox booth there. While the gaming giant did not have a scheduled presentation, they still invited fans to stop by their booth or stream online as other gamers went through all that Microsoft had to offer.

Some of the gameplay experiences included Forza Horizon 5, Sea of Thieves, Shadow of the Tomb Raider, Hunt: Showdown, Ori and the Will of the Wisps, and Metro Exodus. Fans also got to see new trailers for Division 2, Fallout 76, Life is Strange 2, DayZ, and Sable; as well as learn of release dates to highly anticipated games like Devil May Cry 5 (release date: 3/8/19). 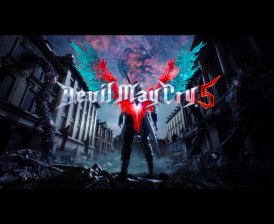 There were also some neat (though predicted) pieces of news announced at the booth. PUBG will leave the Xbox Game Preview program to prep for their official game release on 9/4, meaning the finished game is finally ready! Also, while there was no news on Halo Infinite, we did find out that the Halo Master Chief collection is scheduled for Game Pass on September 1st. That’s four beloved games that gamers can access for a monthly rate! Speaking of Game Pass, that’s now available on the Google Play Store! The iOS release date is still TBA, however.

The main thing I couldn’t get over while I was reading various recaps, though, was how many Xbox Bundles were announced. Here’s a few of them:

I can’t blame them though. This is a great way to entice gamers to convert to the Xbox One X. I can also see them all dropping $50-$100 in time for Black Friday sales later in the year. It makes sense to finish the year on a high note, and there’s just so many of them! These are in addition to pre-order bundles and exclusives, so be prepared to drop even more money on the video game industry this Fall. As we said earlier this week, our wallets weep.