June 6, 1944. D-Day. One hundred and eighty-two paratroopers from the United States Army parachuted into the French countryside a full 15 miles southeast of their intended target and deep behind enemy lines. This original graphic novel from DC Vertigo is based on the true story of the village of Graignes, France, and how a devastating war and unlikely circumstances brought these American soldiers and French villagers together.

SIX DAYS is about the brutality of war and the triumph of the human spirit so rarely brought to comics form. Writer Robert Venditti (HAWKMAN and The New York Times bestseller The Surrogates), whose uncle fought in the Battle of Graignes, partners with award-winning journalist and nonfiction author Kevin Maurer (#1 The New York Times bestseller No Easy Day: The Firsthand Account of the Mission That Killed Osama Bin Laden), to bring this incredible story to life. Featuring art by Italian comic book artist Andrea Mutti (THE GIRL WITH THE DRAGON TATTOO), SIX DAYS will arrive May 14, 2019, ahead of the 75th anniversary of D-Day.

“This is a deeply personal project,” says Venditti. “My uncle fought in the Battle of Graignes and appears as a key character in the book. For over seventy years, my family didn’t know what happened to him. Then I discovered a letter written to my great-grandmother by one of Uncle Tommy’s war buddies, and this remarkable story of heroism and community was revealed. For my family, Uncle Tommy, and all the soldiers and villagers who took part in the important events at Graignes, I wanted this story to be told.”

“While what happened in the village of Graignes is not incredibly well-known, the fact that Rob’s uncle fought in the battle drew me to it,” Maurer said. “After doing some research, I couldn’t help but be engrossed by the humanity of this story. From the paratroopers to the villagers, this is story of bravery and duty in the face of overwhelming peril.”

“As it was based on real events, SIX DAYS was a unique experience for me,” said Mutti. “While visiting the town in which this story took place, I couldn’t help but be inspired by the bravery of the soldiers and the villagers who faced such incredible odds—and faced them together.”

In the worst mis-drop of the D-Day campaign, a group of soldiers are rattled to the core when they find themselves lost in a small village in France with the enemy lurking near. Miraculously, the citizens of Graignes vote to feed and shelter the soldiers, knowing that the decision would bring them terrible punishment if their efforts were discovered by the Germans. This is the story of what happened during the next six days, ending in a battle that altered the course of the D-Day campaign. 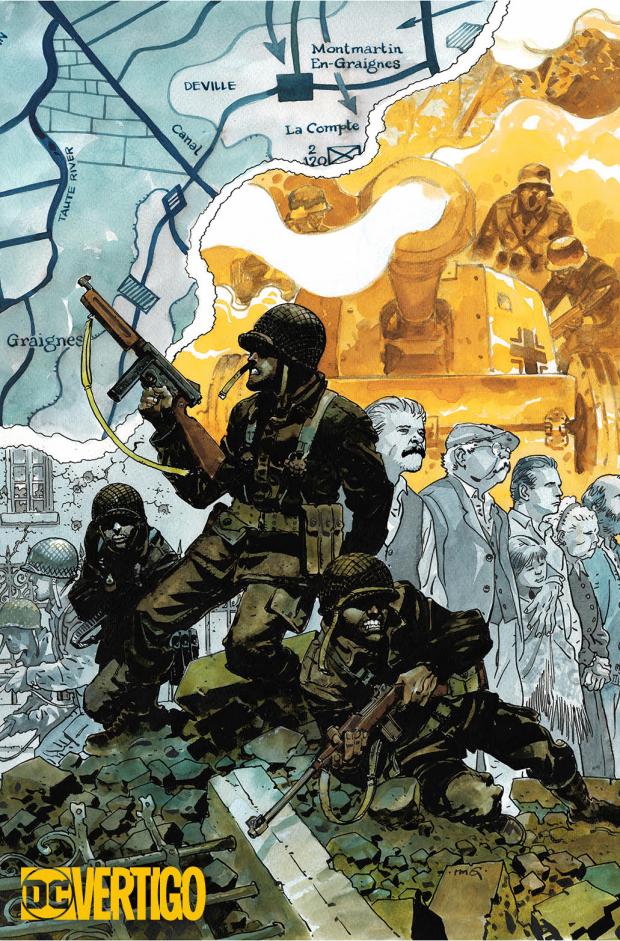