By now, fans of the television series, The Walking Dead, have heard about Andrew Lincoln’s departure. Rick Grimes will leave the series sometime during the 9th season, although no one is sure how the character’s story will end.

Similarly, Lauren Cohen has confirmed she’ll be back for the next season but will severely limit her screen time or have Maggie leave the show. Considering her lead role on a new ABC series, it’s possible this is the end of that character, too.

These announcements arrive on top of the death of Carl Grimes from last season, leaving only two “original” characters left: Daryl and Carol. The welfare of the series will be in their hands, should it be renewed for a 10th season. 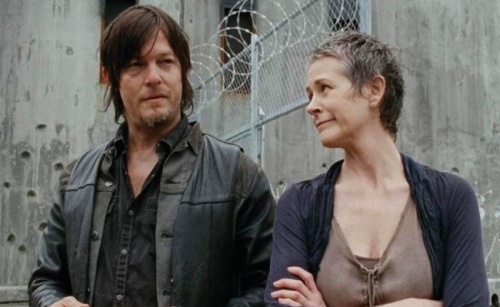 To audiences who’ve only seen the television series, this is a shock but one they’ll probably handle. To the comic fans, however, this change to the source material is unheard of in adaptation history.

I understand that adaptations are never 100% accurate to books or comics. Some things are trimmed for time, others receive new characters or stories, and the written word doesn’t always translate well.

Television adaptations, however, usually stick to the overall story, even if they change the smaller details. Characters may be added, altered, or combined, scenes may be shifted or created, and situations might play out differently – but the overall story and leads remain the same.

What The Walking Dead is doing isn’t just messing with the smaller details, but changing the main protagonists and everything with it. This isn’t the first alteration, given they killed Andrea very early in the show (and gave her role to Michonne), but this is probably the most extreme shift they (or anyone) has done. 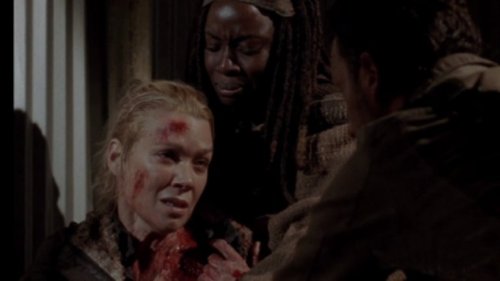 “You better get with Michonne like you didn’t with me, Rick.”

To explain why this is a big deal, let’s look at this through the eyes of another fandom, like Harry Potter.

Let’s say Netflix is going to adapt the seven books into a television series. Potterheads are excited because the movies cut out so much great material. Each season will cover a single book, starting with a mini-series for The Philosopher’s Stone.

The first episodes are an excellent adaptation, and overall fans are pleased. There are some changes to characters (a black Hermoine!), the trio adds a new friend (that fans adore), some new scenes enhance the story, etc., but nothing that can’t be tolerated.

Then the showrunners go way off script…

I’d watch this show, and I know you would too.

Hermione Granger leaves Hogwarts at the end of “The Chamber of Secrets” and is never seen again. Much of her future role is given to Luna Lovegood (who’s brought into the show early, in “The Prisoner of Azkaban”).

Much of that 3rd season is a mess, as they jump back and forth with whole episodes focused on Peter Pettigrew and Voldemort while we don’t see the students. They even throw in some random plot in a magical town they made up for the show, where they suddenly kill off Percy Weasley.

The show jumps the shark in “The Goblet of Fire,” though, when it’s Ron Weasley who dies during the competition. Everyone is shocked, Potterheads are outraged, and they wonder what the show is going to do.

Netflix announces that in the 5th season, “the Order of Phoenix,” Harry Potter will be gone before the end. Ginny Weasley will also either have limited screen time or leave the series. “Don’t worry,” they say, “that cool friend we made up will carry the rest of the show.”

Oh, and Quirrell sticks around to annoy Harry for Season 2 before being killed.

Think that analogy is an exaggeration? This nonsense is what has precisely happened to The Walking Dead, an adaptation of the award-winning comic series.

Fans stood by while they stretched out the Farm plot, killed Sophia, butchered the Prison and Governor plot, murdered Andrea, shoehorned in Grady Memorial Hospital and Terminus, and even did time jumps to Alexandria. Part of this support stemmed from the positives, like the addition of Daryl, the expanded roles of Carol and Michonne, and some interesting side stories.

To remove the main protagonists of the entire series, however, is too much.

We won’t even get into that “revolving door” problem…

What would Star Trek be if the Captain of your choice left the show before the series had ended? Would you still watch Supernatural if the Winchesters both rolled out permanently and gave the show to Castiel?

Would you still have enjoyed all the episodes of Firefly if they’d killed Wash in episode 8?

We’ve seen what happens when the main actors and characters are vacated before a series is done. Stargate SG-1 lasted a mere two seasons (and two TV movies) before it was canceled. The X-Files lasted two seasons without Fox Mulder, and Scrubs only received one more season when Zach Braff left.

Worse, none of those shows were based on source material with a large fan-base. See what happens if they remove Daenerys Targaryen from future seasons of Game of Thrones and tell me I’m exaggerating.

We really hope George wrote her end like this…

At this point, they should end the main series and focus on the original creations of Fear the Walking Dead. No need to do the Whisperers and they definitely shouldn’t continue to the New World Order.

Just carry any fan favorites over, as they did for Morgan, and do something original. Without the main characters, this isn’t even The Walking Dead anymore, but a shambling shell of the comic.

They’ve already killed the main story and source material with this move – put it out of its misery with a headshot, please.