(WARNING: The following article contains spoilers for Avengers: Infinity War. If you have not seen the movie, STOP READING NOW.)

I won’t lie – I am a major Doctor Strange fan. I’ve read almost all his comics, from Lee & Ditko to Cates & Henrichon.

I was very apprehensive of the 2016 movie, although I came away mostly pleased with Derrickson and Cumberbatch’s work. Despite some poor decisions, I felt the MCU film was a good representation and somehow translated well to the screen.

So, when Stephen Strange returned to Avengers: Infinity War, I was happy, yet uneasy about how well he’d work an ensemble.

To be fair, my concern is mired in comics history; Doctor Strange tends to work better alone or in cameos. His best appearances are either in his own stories (focusing on arcane or metaphysical threats) or as a plot point in someone else’s story (as a source of information or MacGuffin).

Strange’s history with teams and ensembles is less consistent than his other stories, primarily because it’s hard to match his power level. Someone who can do almost anything with magic, with artifacts from elder gods, ranks far above high-tech or altered humans (and even “gods”).

The main exception was the Defenders (not the MCU team of that name), as they were an odd, mismatched group that would form temporarily to handle cosmic or extradimensional threats. The original line-up (barring Narcissist-Aquaman) was notably powerful: one of the strongest (and nigh-invulnerable) powerhouses, an alien with reality-warping cosmic power, and the Master of the Mystic Arts.

Other teams, like the Avengers, often required them to tone down Strange’s abilities and role. He was frequently presented as a supernatural expert who could fly, use mystical attacks, and perform some useful magic tricks.

This demotion of a man so intelligent and skilled he regularly outwitted ancient, extradimensional gods, was a constant irritation for many fans. 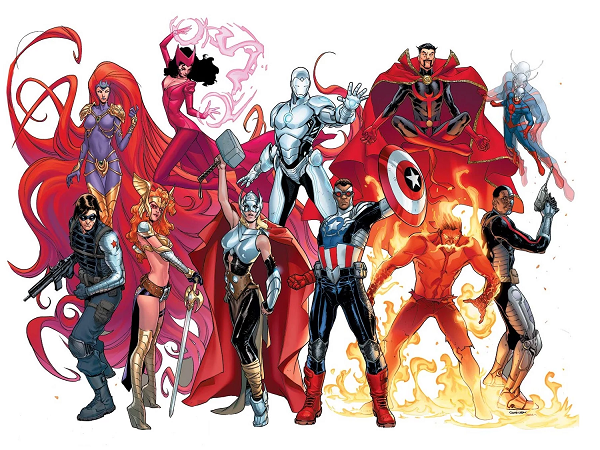 The question, then, is how well Doctor Strange was presented in Infinity War. Did they show him as the Sorcerer Supreme? Or did they tone him down and make him “magic guy”?

Honestly, I’d say they did a little of both.

Overall, the MCU’s Doctor Strange was downplayed compared to his comic counterpart. Most of his action sequences involved him using spells to attack, defend, or support the others – his abilities appeared no more (or less) powerful than Iron Man, Spider-Man, or even Star-Lord.

Indeed, he showed some of his cleverness, like his use of the sling ring and portals, yet there were many tricks I’d hoped to see.

Where was his Astral Projection and Telepathy? What happened to battles in the Mirror Dimension (or even stranger places)? Why didn’t he use the Eye of Agamotto the way he defeated Dormammu?

Admittedly, there’s a question of how powerful MCU’s Stephen Strange is anyway; he’s taken over the mantle of Sorcerer Supreme, but his knowledge and training are incomplete (especially compared to Wong). Doctor Strange’s shrewdness, however, has always been his strength regardless of spells, and part of that was missing from Infinity War. 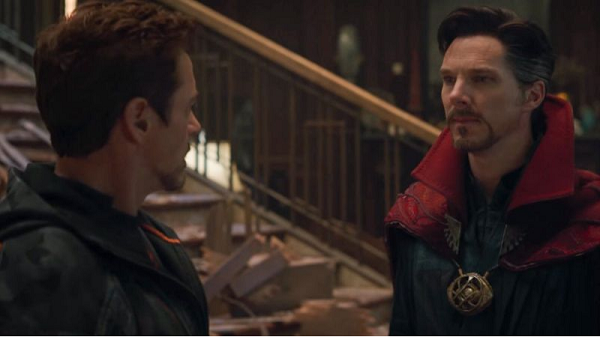 Other moments, however, showed Stephen’s cunning, knowledge, and personality more than expected.

His dedication to protecting the Eye of Agamotto, and warning everybody about his priorities, is classic Doctor Strange. Throughout the comics, the Sorcerer Supreme appears arrogant and aloof in the same way, as the responsibilities (and threats) he faces are beyond most superheroes.

Also similar to his comic counterpart, Strange does everything from set spells in advance (like his ward on the Eye) to reliance on ancient artifacts (his Cloak has saved him more times than I can count). While I wished he’s shown more cleverness in the big action sequences, I thoroughly enjoyed his prudence and foresight.

The crowning point that sold me, however, was Stephen’s choice to use the Time Stone to visit millions of futures and find the only one where they won. I’d seen people complain they couldn’t understand why Strange gave up the stone for Stark’s life, after so vehemently saying he never would.

I knew, however, that this is what Doctor Strange does well – he makes substantial sacrifices, that everyone else perceives as arrogant or stupid because he knows how it all works out. At that instant, he was the astute Master of the Mystic Arts I’d always loved, even if we wouldn’t see the result until next year’s sequel.

I need to be clear that it’s hard to compare Strange in Infinity War because the comic event was notably different from the film. Whether MCU’s Doctor Strange reflects his comic counterpart’s power level or cunning is somewhat irrelevant, since they’ve changed so much of the story and confrontations.

Certain aspects of Infinity War were drawn from the comics, but not necessarily from the same story arc. Thanos original quest for the gems (stones) occurred throughout the cosmos and Strange wasn’t present; instead, Thanos battled Elders like the Collector and the Grandmaster to possess them all.

The Infinity Gauntlet comics event starts where the Infinity War film ends, which is when Earth’s heroes (like Doctor Strange) find half the universe dead. They learn about Thanos from the Silver Surfer, who crashes into Strange’s Sanctum in a scene like Bruce Banner.

The Black Order and Ebony Maw’s torture of Doctor Strange is part of a 2013 storyline, which has nothing to do with the Infinity Stones. Ebony Maw was not only a new character given vast powers, but he was also controlling a Sorcerer Supreme who’d recently regained that title and power.

I think they did him well enough, even if I felt disappointed that they didn’t give him his full bag of tricks. Despite relegating him to “magic guy” in many action sequences, there were moments of pure Strange cleverness and arrogance that I appreciated.

As always, our visions of our favorite characters may never entirely translate to the silver screen. Still, we can continue to hope they’ll be as impressive as the versions we read on the page.

What I hope to see in Avengers 4 is Doctor Strange’s plan working out just as he foresaw. Then the Sorcerer Supreme can do his thing (once back), and Cumberbatch can give that look as if to say, “I told you.”