In Danganronpa 2: Ultimate Luck and Hope and Despair, a new class of students at the (in)famous Hope’s Peak Academy find themselves on a surprise school trip to a tropical island. The students also find that suspicion and death is the only ticket home from this so-called paradise! Here, in the name of “hope,” Ultimate Lucky Student Nagito Komaeda is willing to kill anybody and everybody…including himself!

Danganronpa 2: Ultimate Luck and Hope and Despair goes on sale September 5, 2018, and is available for preorder on Amazon, Barnes & Noble, and at your local comic shop. This 160-page volume retails for $12.99. 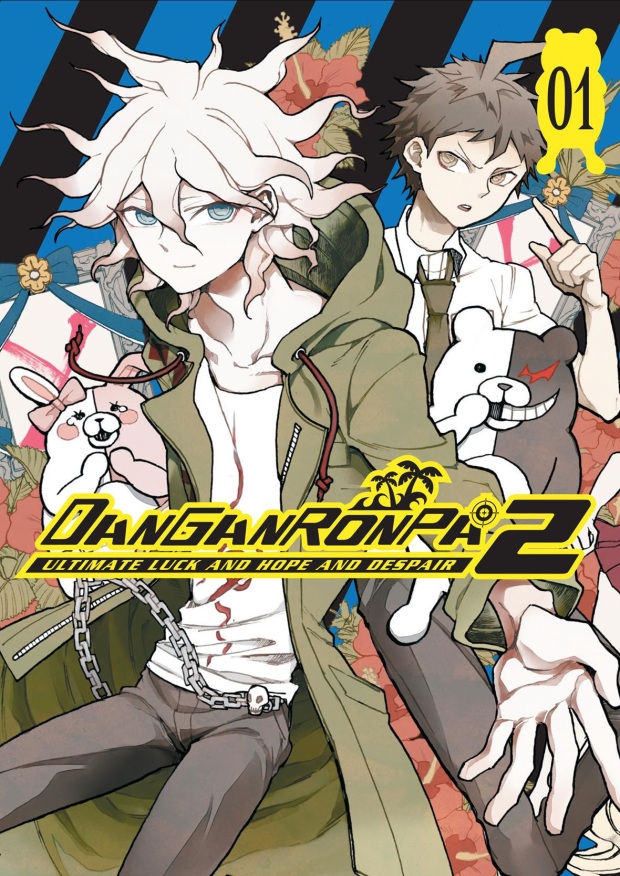 “What began as an under-the-radar visual novel series has blossomed into a multimedia extravaganza encompassing games, anime, manga, and more.”—Anime News Network

“A wonderful fusion of the text-heavy visual novel genre with Phoenix Wright–like murder investigations and trials.”—IGN

“Danganronpa is a fascinating exploration of everyone’s dark side.”—Polygon