Last January, we brought you a look at the unique superpower comic book, Raising Dion. It’s the story of a single black mother, raising a young child who has incredibly strong powers. These include telekinetic abilities, as well as the ability to become invisible and shoot plasma from his hands.

Well, recently, Netflix placed a straight-to-series order for 10 1-hour episodes of a sci-fi drama based on a short film about the comic book (both written by music video & commercial director Denns Liu). Others involved in the project are, Michael B. Jordan, showrunner Carol Barbee, and MACRO (the organization responsible for the sleeper hit Fences).

Netflix’s version of Raising Dion will follow the comic’s story, in which a young woman named Nicole Reese raises her young boy Dion after the untimely death of her husband Mark (played by Michael B. Jordan). While every single mother faces dramas and trials with raising a child alone, Nicole’s challenges get bumped up to eleven when young Dion begins to develop superhero-like abilities. With the help of Mark’s best friend Pat, Nicole must strive to keep her son’s powers hidden, as well as protect the young boy from those who would exploit his abilities for personal gain. She must do all this while simultaneously trying to discover the impetus of Dion’s strange abilities.

The adaptation of the short film was written by Carol Barbee, and accompanied the comic book, which was illustrated by Jason Piperberg. Barbee is slated to serve as Raising Dion’s showrunner, as well as co-executive producer alongside Dennis Liu (who will also direct), MACRO’s Charles D. King, Poppy Hanks and Kim Roth, as well as Michael Green (who produced the recent hit American Gods).

In a recent interview, Dennis Liu stated, “I started this project many years ago because I wanted to see more diverse representation on film and television and I’m excited to partner with Netflix, who I know shares that commitment. More than ever, we need more stories told from different points of view and my hope with Raising Dion is to create a cinematic experience for all families that will lift your spirits and make you laugh and cry.” Along with Liu’s comments, Netflix’s VP of Original Content, Cindy Holland said, “We haven’t seen this type of superhero story before – an origin myth full of imagination, wonder and adventure, all grounded in the experiences of a modern single mother. Michael B. Jordan is an exciting and dynamic talent, and I’m excited to see him, MACRO, Carol, and the team translate Dennis’ unique vision to television.” 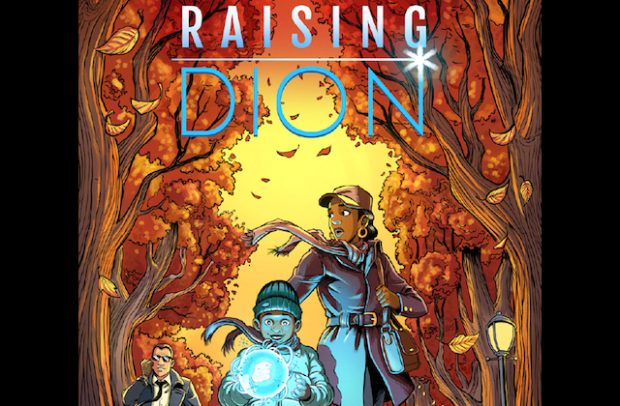 Those of us looking for a new take on superhero stories will definitely want to check this out when it hits Netflix. Currently, there is no information on when production is slated to begin, or even who will star in the show (other than Jordan). PCU will be keeping an eye on the developments coming from Netflix, and we look forward to checking out Raising Dion as soon as it airs!