The recent shuttering of Visceral Studios (responsible for such games as the Dead Space series) isn’t too surprising when you consider EA’s long history of closing up otherwise-liked studios (Pandemic, which gave us the original two Star Wars Battlefront games immediately springs to mind). What makes it particularly unnerving in this case – aside from the usual messed-up economics of people potentially losing their jobs – is EA’s bloodthirsty push for more monetized multiplayer, according to ex-Bioware gameplay designer Manveer Heir. Considering the creep of multiplayer into their recent games, along with the recent decision to end updates for Mass Effect: Andromeda’s single player component, the push speaks to a broader incentive to solely focus on multiplayer.

Microtransactions have become more glaringly ubiquitous in gaming. While it’s more of a staple of “free-to-play” games, it’s become disturbingly common to see them in multiplayer, as well as single-player games from AAA on down. It’s easy to understand why they’re there as an easy source of revenue, but it’s become something of a situation where the microtransactions are becoming more intrusive like with Lord of the Rings: Shadow of War including a myriad of microtransactions to get items as well as experience.

It isn’t too surprising though, it’s far, far easier to continually introduce new items or characters into a multiplayer setting and keep on getting repeat customers, than it is to introduce one set of DLC into single player and only get an ultimately limited amount of further gameplay. As the above example indicates, however, it comes at the expense of the single player component of the game; which, given Bioware’s history for RPGs is a letdown, especially with Andromeda’s sketchy reception in regards to what kind of effort was put into the game itself. This creep towards microtransactions and multiplayer isn’t anything new, obviously. Grand Theft Auto Online is still doing quite well and there’s no reason for a company to say no to what’s ultimately easy money. Destiny in particular doesn’t bother with the pretense of being single player, which works for its particular brand, but it’s ultimately a vehicle toward microtransactions and endless DLC releases. What’s disappointing, though, is that it’s led to a culture that is increasingly destroying any middle ground between AAA and indie games. 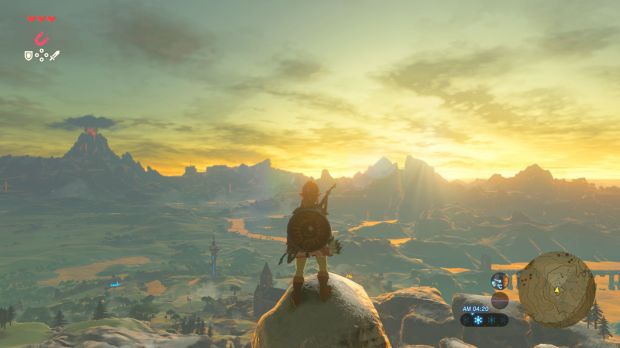 For my money, some of the best games I played this year were single player: Persona 5, Legend of Zelda: Breath of the Wild, Danganronpa V3: Killing Harmony, Horizon Zero Dawn, and many more. But it’s rather hard to feel like that age of an in-depth single player experience may not be inching toward a close. While DLC isn’t difficult to integrate, as most of the games on this very list can attest to, it’s so much easier to go the EA route and use a single player campaign as a jumping-off point toward a multiplayer experience that can be built upon until the next release. However, if this is the future of major league gaming, it’s hard not to feel a sense of fatigue at what’s to come. I’ll always take an experience as fulfilling as Persona 5 or Legend of Zelda any day, but the dollar will ultimately have its say here.

EA will continue doing what it does in this case. It’s already been proving its case for microtransactions and multiplayer monteization for years now. The issue is going to be whether the industry follows its lead. I sincerely hope that isn’t the case, since a healthy gaming industry is inclusive of genre and player diversity from the top down. A gaming industry that’s largely AAA shovelware or indie games that have to struggle to achieve significance isn’t one that’s particularly desirable.