Extra Life 2017 is only a few weeks away (game day starts on November 4th at 9:00am Eastern Time), and two of us here at PCU are back in the swing of trying to raise money to fund medical care for underprivileged kids.

Like last year, Brook & Doug from the PCU crew will be joining their respective teams in gaming for 25 hours straight (game day falls on the same night as the Daylight Savings Time change), to raise money via donations from friends, family, and occasionally corporate sponsorships. These donations go to Children’s Miracle Network Hospitals (CMNH), who occasionally perform pro bono medical care for children whose families cannot afford the treatments. Still, the hospitals need to be reimbursed for their expenses, and that’s where Extra Life comes in.

With the event being in its ninth year, Extra Life has raised over $30 MILLION for CMNH, and they’re not stopping anytime soon. The game day is an event for gamers from all walks of life, and all over the world, to come together and use our favorite pastime to do some real good for these kids in need – some of whom are facing some severe diagnoses. So today, Brook and Doug thought that we would tell you a bit more about why we do what we do for this great cause, and how you can help support us, dear readers.

Doug
As a person with a lifelong disability, much of my medical care as a youth was provided through Children’s National Medical Center in Washington, DC. The hospital is part of the CMNH group of hospitals, and treats kids from all over the DC, Maryland, and Virginia areas. They helped me a lot through their Spina Bifida clinic, which treats kids who have Spina Bifida (the neurological birth defect I was born with). I continued seeing the doctors there well into young adulthood, and I was always pleased at the work they do for kids from all over. The doctors and specialists work tirelessly to help these kids, and the smiles on the faces of the youth who get treated through this hospital are enough to warm your heart on any given day.

After becoming an adult, and getting to be a more avid gamer – as well as an advocate for people with disabilities – I became far more aware of the existence of CMNH as a network, and the good they do all over the country. One out of every 10 kids is treated through the nationwide network, and I’ve seen a lot of the struggles that some of these kids face. Treating everything from injuries, to severe things like cancer and other diseases, Childrens Miracle Network Hospitals do a lot of good, and it’s my pleasure to do everything I can to support them and these awesome kids. 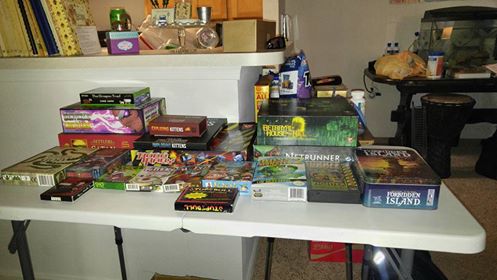 Just a few of the board games played by Team #SPEEDERCRASH

I got involved with Extra Life in 2016, and was lucky enough to have a great group of friends with whom I could play. These are folks I have known a long time, and we always have a blast when getting together for a tabletop RPG, card, or board game day. We even named our Extra Life team (Team #SPEEDERCRASH) after an incident we had in-play while running a Star Wars tabletop RPG (yes, we ARE a bunch of geeks). So, with this being my second year doing this, my team and I are hoping to raise even more money than we did last year, and really show some good support for such a good cause. Now, I do what I can to give back by playing for Children’s National Medical Center in DC.

Donations to Doug’s Extra Life campaign can be made here. 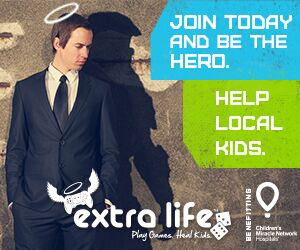 I’ll admit it: I started doing this just because my SWtOR guildmates were participating. A 24-hour gaming marathon for charity sounded like something fun to do. Have fun with friends and raise money for a good cause? Sign me up!

I’m now entering my 5th year, however, and my motivation and play-style have changed. While my initial year was a group activity, I’ve pretty much been doing solo play since then. I’ll occasionally join others for occasional team-based games, but I prefer single-player games and to just chat with those who log in to watch and cheer me on.

More importantly, my children have become a significant drive for me. When I first started, in 2013, my son was only a toddler. By 2014, I had a baby daughter, and my son was interrupting my stream. In fact, I finished that year with my son, who woke up to join daddy for the final countdown (quite literally). I realized just how lucky I was as a parent, with only minimal medical requirements; at the same time, I understood how many others out there might need help. 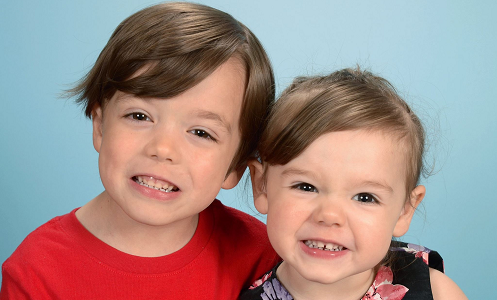 Since then, children (mine and others) remain my biggest motivator to keep at this event. Even as I grow older, and the struggle to make 24 hours becomes more difficult, I forge on for all of them. My own have begun to join me on my stream and, in the future, might even start playing games alongside me. Extra Life says to “do it for the kids”, and that precisely is why I do it now.

Donations to Brook’s Extra Life campaign can be made here.

Still want to know more about Extra Life? Visit the Extra Life FAQ page for answers to the most commonly asked questions!