The nominations for the 69th Emmy Awards were announced this week and after reviewing the list of nominees, I am excited and a little annoyed at the same time.

Minor note: I have seen questions about why Game of Thrones wasn’t nominated. This isn’t a slight GOT fans. Per Emmy eligibility rules the show has to air between June 1, 2016 and May 31, 2017, GOT will not premier until Sunday July 16th.  The  4 episodes that did air in 2016 are considered “hanging episodes” from the previous year and have already been awarded.

Let me start with my annoyance: 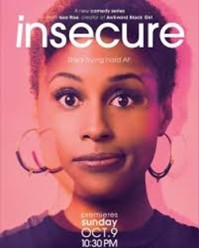 Insecure (HBO), The New Edition Movie (BET) or Madiba (BET) were not nominated at all. I’m perplexed as to why the performances, writing and directing for any of these programs/movies was not nomination worthy.

Programming featuring actors and actresses of color are well represented this year.  Breakout comedy Atlanta received 6 nods; Cicley Tyson and Viola Davis were recognized for How to Get Away with Murder are just to name a few. However, I loved  The New Edition Story (my review here), so my disappointment should be understandable.

Now to the nominations that excited me.

Performances by actresses of a certain age were nominated that showed women with active lives and not in the grandmother sage role. 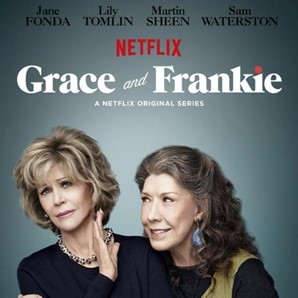 These two ladies make aging seem fun; with these two, life after 65 and divorce can be full of fun, adventure, sex and martinis. These actresses deserve every accolade they receive for this show, dare I say this is some of the best work in their long and storied careers.

Outstanding Lead Actress In A Limited Series Or Movie:

Feud: Bette and Joan on FX

This I predicted in my review of the series a few months back. These ladies didn’t act; they transformed themselves into these characters.

My review a few months ago, stated “there will not be enough awards to nominate everyone involved in that project” and I was right.

Outstanding Supporting Actress In A Limited Series Or Movie:

Outstanding Supporting Actor In A Limited Series Or Movie

Feud is also nominated in the following categories:

Outstanding Period/Fantasy Costumes for A Series, Limited Series or Movie

Outstanding Hairstyling for A Limited Series or Movie

Outstanding Makeup for A Limited Series or Movie (Non-Prosthetic)

Outstanding Writing for A Limited Series, Movie or Dramatic Special

Outstanding Directing for A Limited Series, Movie or Dramatic Special

Again, all nominations were well earned.

The nominations seem to cover all networks and platforms with HBO coming out as a clear leader with 111 nominations. The most nominated shows this year is the 40 year old Saturday Night Live  and Westworld with 22 each.

The 69th Primetime Emmy Awards will air on September 17, 2017 and since one or two of my favorite shows are in contention, I may actually watch this year.

Were there any snubs you caught?