Where are you from originally, or where do you currently reside? Bogota, Columbia.

How long have you been cosplaying? Since 2008. 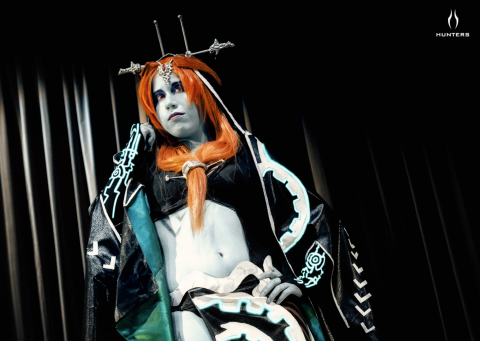 What inspired you to start cosplaying? The characters I love since I have memory are the ones themselves that inspired me to bring them to life. I think that they make up a very important part of myself, of who I am; I see myself reflected in them or maybe I want to be as strong as them. Those feelings made me decide to actually make and wear my favorite character…like pre-Colombian cultures made shamanic rituals in which they adopted the spirit and body of totemic animals such the jaguar to be then transformed into the mythic and mighty jaguar-man warriors. 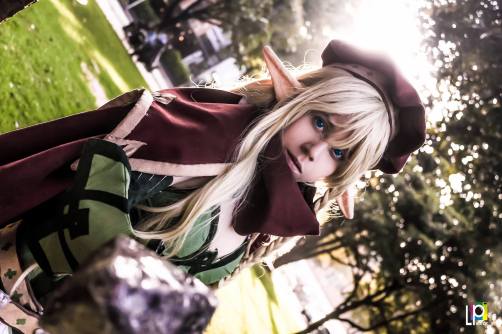 What do you do when you’re not cosplaying? Sleep, eat, exercise and play video games. I’m a professional visual artist who works hard to live out of cosplay and geek fashion, so basically I cosplay a minimum of 5 days a week or make geek hoodies and kigurumis for sale.

Which costumes have provided the biggest challenge and rewards so far, and why? Wargreymon from Digimon and Belona from SMITE because those two costumes mix armor, fabric and props. They killed some of my doubts of approaching complex character. I researched a lot and learned new ways of painting and weathering characters to make them “alive”. People like them when I’m wearing them in person and in pics; they are really glad that I brought life to both of them, and that makes me happy since I literally died making them :´D Also they helped me meet new people whom I really appreciate today.

What is the best advice you would give someone new to cosplaying? Cosplay is love, passion and struggle. Don’t surrender to a complex character — just keep studying, practicing and improving yourself with every new costume; no one is born as the master mind of making costumes. All of us have worked hard to be where we are, so don’t give up!!

What is one thing the cosplaying community can do better when it comes to dealing with each other? Be prudent. If you don’t like something, that’s okay, but comment on it privately. Don’t go making a big fuzz in a big public group or something like that. Also, if everyone just focuses on making their costumes with a lot of effort and improving, people will talk about how good are you becoming, and that is a nice feeling that one gets with him/herself. When you make a character with true love, that can be seen and even if it maybe has failures, the cosplay can receive good feedback. In few words…respect and tolerance is the key with ourselves, other people and the characters we love themselves.