Every now and then, fans can get out of hand. As an avid wrestling fan, I’ve seen the Facebook comments and heard the chants to know how deep and passionate some of my fellow wrestling junkies can get. Sometimes it’s all in good fun, but other times it can be hurtful and scary. As far as the otaku community is concerned…things have been getting WAY out of hand!

In the anime community, there are a lot of terms or titles people refer themselves as when it comes to showing their fandom. For the sake of this article, I won’t explain all the terms I know but I will limit myself to the two I will be discussing: otaku and fujoshi.

To keep it very short and sweet, an otaku is a person who has an obsession with some form of pop culture that is so strong, it is a detriment to their social skills and social life. You can be a fan of something and not be an otaku. If you consider yourself one, that is fine since it is a term and title. Fujoshi is a Japanese word that means ‘rotten girl.’ It’s a term or title that was coined by female fans of mangas, novels, anime, games, etc., that feature a romantic or sexual relationship between men. Just like with otaku, fujoshi can be used as a descriptive term, but mostly it’s a title. These two terms are not always mutually exclusive, but when combined can mean something very specific. For example, if you said someone was a fujoshi you’re just saying they’re a female fan of the boy love genre. If you say someone is a fujoshi otaku, you’re saying they’re a person who is obsessed with the boys’ love genre. The distinction I’m making may seem unclear now, but for now just keep them in mind.

My Girlfriend’s a Geek: a manga about a guy dating a Fujoshi otaku.

On a regular day, being one or both of these terms isn’t necessarily a bad thing, but when the passion or obsession goes too far things can get ugly fast. In two instances that happened a few days apart, the world was able to see yet another scenario in which obsessive fans go above and beyond normal passion for a series. The anime/manga series that was first to take a hit was Tokyo Ghoul. The anime for this series stopped after 2 seasons but the manga for it is ongoing. In one of the latest chapters that leaked online it showed 2 of the main characters, Kaneki and Touka, having sex. To me as a casual fan, this doesn’t sound like a big deal but when I asked friends who follow the series more closely, this occurrence was odd. They described or viewed it as odd because in previous chapters, it was implied that the “couple” would get together eventually but not that abruptly; in a way it seemed sudden due to the current climate of the manga, in a ‘why would you have sex right now when death is everywhere’ kind of thing. This sudden relationship triggered a swarm of TG fans to take to the internet to vent, which is fine but some got violent and aggressive. Death threats and calls for the creator Sui Ichida to kill himself filled Twitter, Tumblr, and Reddit. In the TG issue, another reason why some TG fans raged was because instead of Kaneki and Touka getting together, they wanted Kaneki and his male best friend Hide together. The ONLY upside to this that there was a hashtag, #IshidaAppreciation, started on Twitter and Reddit to show love and appreciation to Ishida despite the more obsessive fans. The 2nd series to get tossed into this mess a few days later was the new Netflix exclusive series, Voltron: Legendary Defender. The studio that does the animation for Voltron, Studio Mir, held a tour and in said tour a fan took unauthorized pictures of storyboards, sketches, character designs, etc and posted them online. The studio politely asked the fan via Twitter to take down the pictures, but the fan in question threatened the studio. In essence, they said that if the studio didn’t make the boys’ love/yaoi pairing Klance (Keith and Lance) cannon or real in the series, they will not remove the pictures. In the end, the pictures are still alive on the Internet and Studio Mir has banned photography on tours. 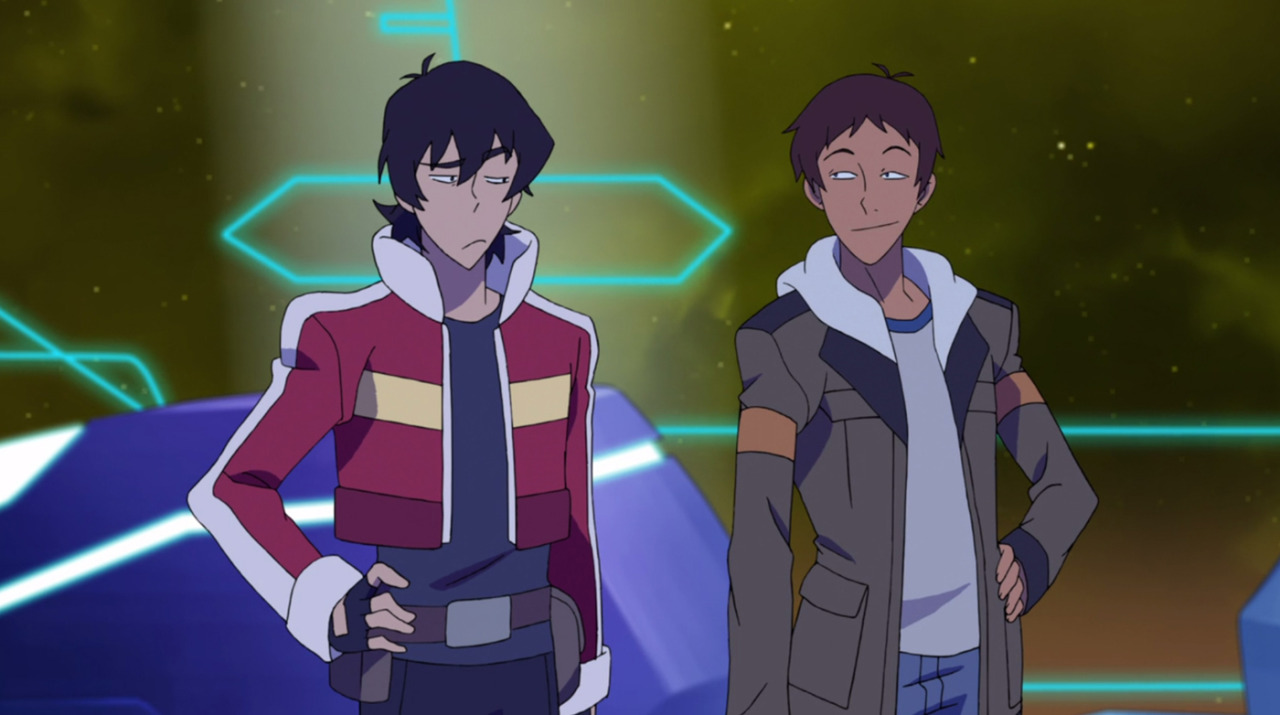 What these two instances have in common is the use of otaku and fujoshi and their association in these situations. In the anime/manga community, these terms when used as titles come with bad reputations because of situations like these. I’m not going to get on my soapbox and go into depth about otakus or fujoshis (or fudanshis, male equivalent to fujoshi), but I will say this: being either a/n *insert anime/manga of choice here* otaku or a fujoshi/fudanshi isn’t a bad thing. There is nothing wrong with enjoying a genre or series of your choice, but when you become so consumed by your fandom and cross over to being obsessive, that’s where the problem lies. Making fantasy pairings or what have you is okay, but when you’re trying to force or threaten someone to accept your pairing you’ve crossed a serious line. You’re not only bringing in negative attention to a series or genre you “love”, but you’re making it seem like others like you are as irrational and cruel.

People who are fans of Tokyo Ghoul or those who call themselves Tokyo Ghoul otakus who don’t take things that literal are being seen as crazy. Fujoshis or fudanshis who don’t fetishize male relationships or demand every fantasy pairing be canon, are seen as problematic. To the outsiders, who don’t know the various subgroups in the anime/manga community, all anime/manga fans seem even more obsessive and weirder than they already assumed. It makes the community as a whole look like pool of creepy, crazy, weeaboos when we all know not all of us get that deep.

If it’s a matter of wanting more LGBTQ+ representation in anime/manga and not to fetishize male-male relationships, then just ask for it or say you would want to see that! It’s not hard to tweet creators of your favorite series, create a Reddit thread, or blog on Tumblr to the creators or the world saying that’s what you would want to see. Yuri!!!On ICE  is a good example of what some of the wilder fans should be yelling for more of. In this series, 2 of the main characters, Victor and Yuri, become a couple organically and not forced together in comparison to some stereotypical tropes you would find in the boys’ love genre. Ask for more series like YUI, where the main focus isn’t necessarily the relationship but it just happens as a natural progression because love knows no limits. Don’t yell at creators or tell them to kill themselves because something didn’t happen how you would’ve wanted based on your own fandom obsessions. Just ask or start a positive movement for change, not demanding. You catch more bees with honey than vinegar. Don’t let the death threats and insults be the vinegar when results like YUI come from offering honey.

The iconic Victor and Yuri kiss!

7 Comments on When Anime Otakus Cross the Line