The game is set to be a 2.5D fighter, which means that the fights will take place on a 2D plane, but the character models will be in 3D. This is a deviation from previous DB titles – most notably, the Dragon Ball Z: Budokai/Budokai Tenkaichi series of games. The new perspective in this title will (hopefully) allow for a more immersive feel to the game than a standard 2D, but will most likely not have as much camera twisting as the 3D titles we’ve seen in the past. 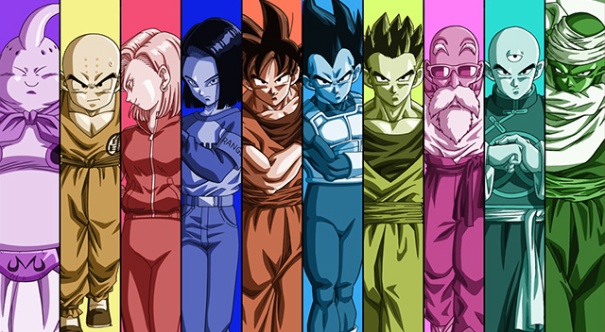 Can we get Master Roshi & 18 as playable characters?

Game producer Tomoko Hiroki stated that, while the recent Dragon Ball games have been 3D fighting titles, the team chose to do Dragon Ball Fighters in 2.5D because there are certain things they wanted to do with the game which can only be done in that style. 2.5D may look like simple 2D animation initially, but the style has a broader range of expression because of the ability to not only shift camera angles, but also incorporate much more unique production than with standard 2D alone.

The last time we saw a 2D fighter in this franchise was when Dragon Ball Z: Extreme Butoden hit the Nintendo 3DS back in June of 2015. Whether this new formula will capture the attention of gamers as much as the other games have remains to be seen, but we here at PCU already know a few gamers who are pretty hopeful for it.

Dragon Ball Fighters will feature a 3v3 fight system, which will allow fans of the franchise to group their favorite characters into the most efficient teams for their respective styles. Of course, no Dragon Ball game would be complete without the signature “flashy special moves” and “ultra high speed battles” that fans have come to expect from not only previous games, but the seminal anime series itself.

The press release which revealed the game was actually published early by accident. According to sources, it was not supposed to be released until June 12, but Bandai Namco is apparently taking that mistake and running with it. However, there is still more to learn about the title, so we’re expecting to see much more information (maybe a trailer?) revealed on the 12th, as was initially planned. We’re also hoping to hear more information once E3 2017 rolls around next week. 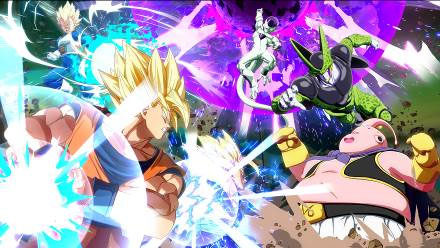 So far, we’re only seeing a few of the characters on what we expect to be a pretty full roster. Images have been released featuring Vegeta, Perfect Cell, Majin Buu, and of course, Super Saiyan Goku.

Dragon Ball Fighters is set to launch on PC, PS4, and Xbox One (sorry, Nintendo folks) at some point in the early part of 2018, but since the press release is in Japanese, we are assuming that this means the release time frame only applies to that region for now.