When I was growing up as a kid, I always wanted a Barbie doll; not the generic knock offs but the real Barbie doll. I remember specifically wanting one of those life size ones that you could dress up and such, but my mom wouldn’t get that for me. Without going too deep into the various lines and friends within in the Barbie Collection, there was a small line of Gymnast Barbie dolls back in the 90s; Stacy and her Friends, each with a special gymnast talent. I was IN LOVE with the uneven bars because of Dominique Dawes so I wanted Stacy, but mom got me Janet who had the pommel horse. I never understood why my mom got me Janet over Stacy, but as I got older I learned why. Janet was black and Stacy was white. This may sound silly or maybe even racist, but that’s what my reality was.

Janet on the pummel horse

My mom wanted me to learn to appreciate black figures, stay grounded in my black identity, and not always look to white representation for answers that won’t aid the questions I may have about my blackness. As a kid, things like that are too deep to understand. All I saw was uneven bars and wanted a doll that did that, but even in my dislike for Janet and uplifting for Stacy that became a pattern that I soon became all too familiar with. Every time a new doll came out, when I was still into dolls, the white dolls had all the better professions or accessories. Any doll that was not-white was the side kick or didn’t have all the same stuff, so they were less desirable to me. I ended up accepting that the black dolls would never be as awesome as the white ones and moved on.

Now in my mid to late 20s, I realize how harmful that innocent statement I made in my mind as a child really was. All it takes is for one small thought like “black dolls are stupid compared to white dolls” or “Superman isn’t Mexican” and little by little, you’ll start to pick apart certain things and relate them back to you. The teasing, casual statements said without thinking, or not seeing someone or something like you, can affect your worldview and how you see yourself in it. I know what the repercussions are and how that built my worldview in my pre-teen years, shaped some of my teenage years and beyond; wondering if I’ll ever been good enough, popular, could truly be whatever I wanted, etc.  It made me wonder if my way of thinking, my self-esteem, would’ve been different if I saw just one Barbie doll who looked like me and was everything I wanted her to be; what if she was a veterinarian or a gymnast on the uneven bars, would I still think black dolls, or who they represent, are less than their white counterparts?

The issues with representation aren’t limited to just the talk of Barbie dolls and other kids’ toys; it reaches out much further than that. We have movies that tell Asian stories with strong Asian characters but are portrayed by white actors. Cosplay social media pages and magazines will feature mostly white or Asian cosplayers who aren’t brown skinned or bigger than a size 4-6; UNLESS they do a really good brownface Sombra cosplay. We don’t see many lead roles for men and women of color that aren’t niche-y, stereotypical, or racist to some degree; everyone from the Middle East isn’t a terrorist but you sure could’ve fooled me! Or better yet, how many disabled characters played on TV or on the big screen were actually disabled and not able bodied actors in wheelchairs or with crutches? Of those that you can think of, how many were seen as romantic and sexual partners and not just human props? Aside from the Blue Ranger from the 2017 Power Rangers movie and Julia from Sesame Street, what other characters do you know of that are realistically autistic and not a tone deaf stereotype or caricature? Name 5 mainstream movies in the US with a strong Asian male lead that isn’t desexualized or emasculated while his white counterpart gets all the romance and a stronger role. When are we going to get more TV shows with people of color and LGBTQ+ people with better quality storylines that are honest, realistic, not based solely on stereotypes, shows various family lives, relationships on all spectrums, gender fluidity, emotional availability, etc. etc.? 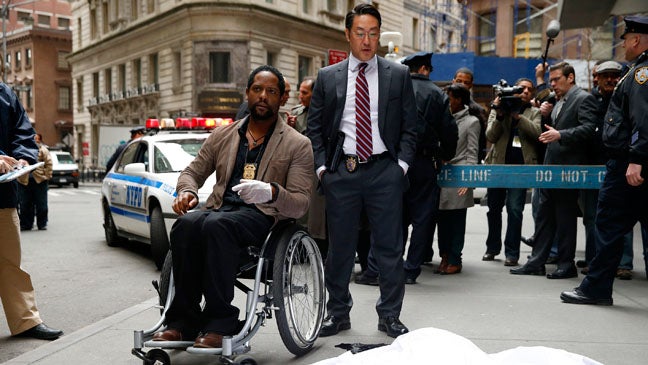 I can’t speak for everyone who is vocal about representation, but I know why I try my best to talk about it; I don’t want another kid, young person, or anyone to feel how I was when I was 8 years old. I don’t want some person to think they can’t cosplay because they don’t see other POC cosplaying or because this character isn’t as brown as them. I don’t want them to think certain activities, hobbies, or careers, are only exclusive to cis-white males, so they can’t join in on the nerdy or geeky fun. I don’t want little black girls to think they can’t be wrestlers because only white women can be successful women wrestlers. Even for things that aren’t my current truth- LGBTQ+ issues for example- I still want those who are still learning about themselves to feel comfortable and have hope; truly believing that anything is possible and it’s open to ALL and not some.

Representation for all allows for everyone to grow and develop into their true selves. It lets people know that who they are as a person is good enough; that they don’t have to change who they are to be loved or accepted, or that they need to be someone that they aren’t. No matter what your medium is: art, music, theater, TV, movies, animation, cosplay, wrestling…whatever, if you have the power to add some diversity, some more representation, do it. It’s hard to tell a little kid you can be whatever or whomever you want when you have no examples or proof of diversity.