Dear Mario Fans, Full Disclosure: I have never played a Mario Kart game before this one. Now, before you crucify me, let’s come to an understanding. I have not owned a Nintendo system since the SNES, until I got a Wii U. However, I didn’t have the Wii U long enough to experience Mario Kart. Sure, some of you may look at me with some derision and side eyes, but that’s ok. I am here to tell you that this game really rocks!

Now that we got that out of the way, let’s move on especially for those out there that also have never played. For those that may (or may not) already know, Mario Kart 8 Deluxe is a game that is a port of the Wii U game enhanced with maps from previous versions including the DS and the Wii games.

As far as the presentation, the game is very easy to get into, and I found the user interface to be very user-friendly. Also, because this was a port, I was able to find ample support via the Mario Kart Wiki in learning the differences between how the characters handle with the different vehicle types. 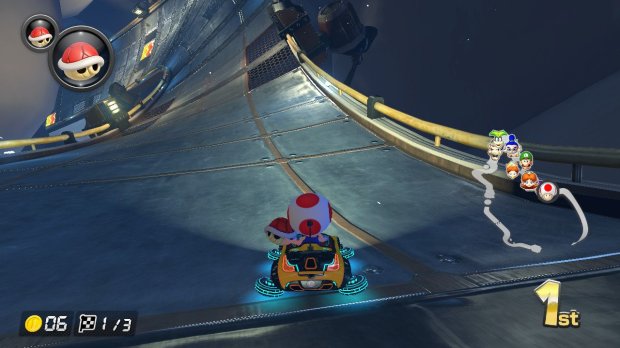 As far as the gameplay, one of the biggest joys for newbies is that if you aren’t used to a lot of racing games and trying to learn this one, there is an auto steer command which helps to keep you on the map as you play the game. I am sure that a lot of purists will say that at some point it should be turned off, but the best part of having this is that it also makes the game accessible for gamers who, by reason of age or disability, don’t get to play these kinds of games and are easily frustrated because they can’t stay on the track. Another plus for having it is that it allows for new players to learn the track, find shortcuts and get items so eventually strategies can be implemented while playing. It’s also a great way to convince your loved ones (Just say, “Honey, it’s easy, you don’t have to push a lot of buttons!”) to play as well! 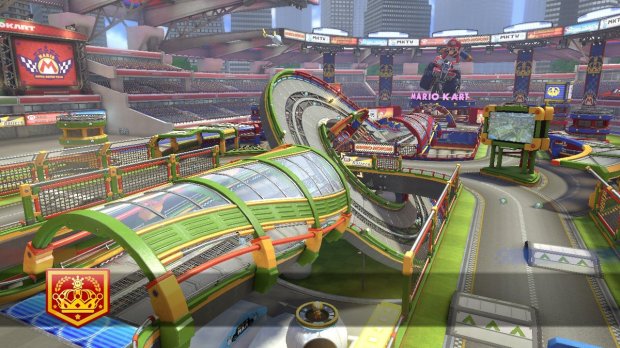 I found that, with all of the DLCs from other games packed in, this really is a game deserving of the ‘deluxe’ moniker. After 4 days of playing, I still have yet to play on all of the tracks, and I am just cracking some of the unlockables of the game.

Even with the auto steering on, the game is still a challenge as you get into the 200cc challenges. What’s great about it, is that in many cases, the AI can and will give you a run for your money, especially in the final laps. If races don’t go your way, however, it doesn’t feel like the AI has pulled cheap moves. Like any game, it comes down to what items you have and how to strategically deploy them, and I like the fact that the AI won’t hesitate to use those weapons when they have to. Regardless, win or lose, I found myself laughing a lot at how much fun I was having. 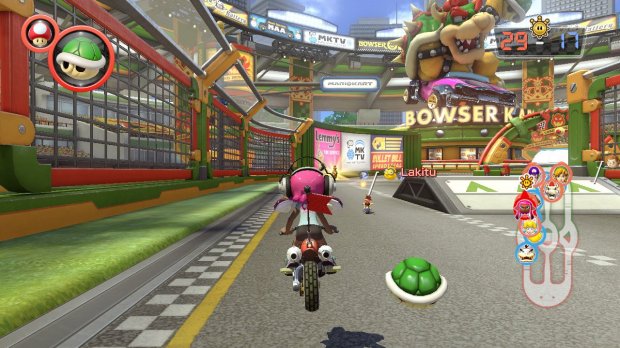 One of the best parts of the game is the Battle Mode. This mode contains 5 different challenges such as Shine Thief, Coin Runners, and Renegade Roundup, which can break some of the monotony of just racing and can really extend the life of this game. Many of these modes have featured  in previous Mario Kart games thus many veterans will fell right at home. 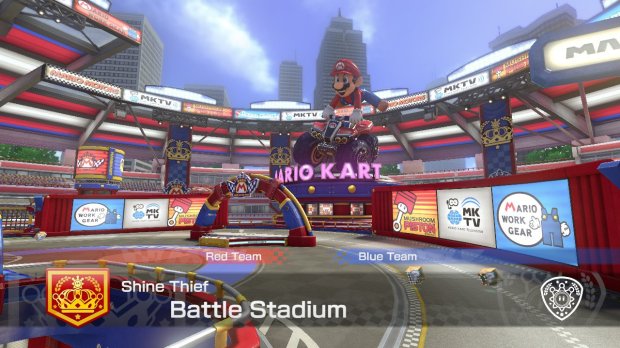 Graphically speaking, I am impressed with the game. It’s still a shame that this wasn’t one of the launch day titles, as I am sure many gamers would have gotten this alongside Zelda. The game is bright and colorful, and looks great regardless if you are playing it docked or in portable mode. Sure, it may be a port but it’s a very great looking port. If Breath of the Wild didn’t wow naysayers, then this should.

One of the only minuses is that, as of now, I am still having issues inviting my friends to play online. From what I was told, this was also an issue from previous versions. This game has room to grow, as hopefully Nintendo will add more maps and modes in future updates, and possibly fix the online issue as well.

The bottom line is, for someone that is new to the Mario Kart series, this game is a great introduction and easily acdcessible. Any of you on the fence about this game should give it a try at least once.