First Name & Last Initial: David H.
Where are you from or where do you reside currently? Originally from Chicago IL.
How long have you been cosplaying? 1 yr and 3 months.
Other Characters Cosplayed: New 52 Superman, Man of Steel – Superman, Justice Lord Superman, The Blur (Smallville Clark Kent/Pre-Superman), Trigon Superman, Bizarro, and MCU Wolverine. (Currently working on Rebirth Superman, Kingdom Come Superman, Blue Lantern Superman and The Super-Man (Chinese Rebirth Superman)

1. Who or what inspired you to cosplay?
I never knew there was a community for cosplay, but one day, I had a friend who called me and she’s like… “I really just want to Geekout! What can we do that we can dress up, have fun, not be judged, and see other people and their cool stuff and it be all be ok?” My thoughts were… “Awesome Con is only months away, we should totally check this out and dress up for it! I’ve never been and I’d like to see what it’s all about too.” The day came and we did the Comic Con experience from dressing up as New 52 Superman and Supergirl, going to panels, walking the vendor floor, getting photo ops with celebs and the best part… Seeing kid’s reactions to our creations and them wanting to take pictures and ask us questions about our characters. Their enthusiasm and hugs made the entire experience surreal! With that being said, I try to maintain my character when I’m in costume and keep it wholesome for when I interact with children. I also keep that in mind when I’m talking to others so if I’m surprised by a little one who sneaks up on me and asks for a photo, I don’t want to break the illusion of who my character is. I know a lot Cosplayers like to cosplay just to cosplay and there is nothing wrong with that, but I like cosplaying for the kids. I like seeing them light up in my presence and their reactions when they tell their parents they just met Superman.

2. What do you do when you aren’t cosplaying (hobbies, community service, or work)?
For a while I use to be part of the Big Brothers, Big Sisters program. I took a job that requires me to travel a lot and I wanted to find another way to give back. So, I’ve made it a habit of doing guest appearances for events tailored for kids and letting them take pictures and talk to me (my character.) I try to give them good advice and to be my character. Cosplaying Superman I find is easy because I’ve always believed in what he did as I was growing up. Truth, Justice and the American way. I am a strong believer of all those ideals of how we should live. Superman always did what was right and protected the weak when the weak could not protect themselves. I live the same way every day and wish more people would follow from that example. As for me and my spare time… I’ve been a Gamer for some time. I’m a big Xbox fan and I like online playing with friends and making new friends when I can. I’m currently excited about Gears of War 4 coming out and putting some time in and seeing where that story goes! 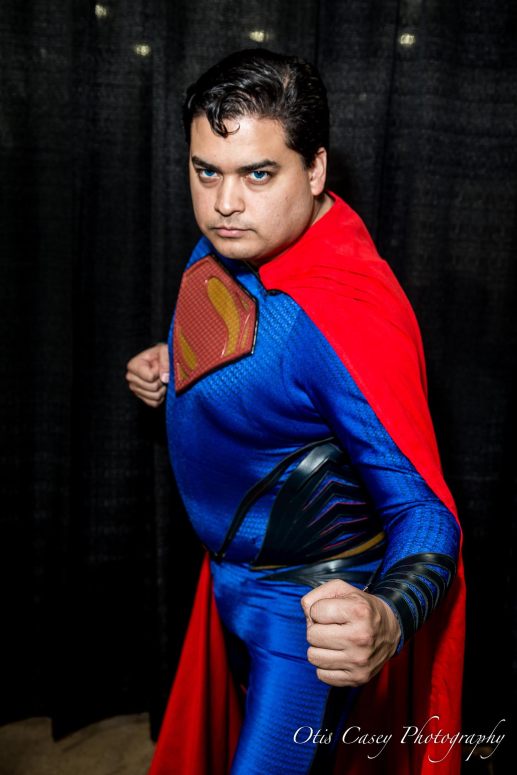 3. What costumes have provided the biggest challenge and rewards so far and why?
Well this is a bit awkward… LOL My one cosplay that gives me the biggest challenge is, my one, non-Superman cosplay, Wolverine! This cosplay is hard for me to pull off for a couple reasons. Wolverine isn’t as whole hearted as my Superman cosplays and he’s a bit rough around the edges. Besides his character, I have to grow out my beard to be him, my facial hair doesn’t grow very fast so I can only do this cosplay when I have a break between cons and I need at least 3 months so my beard will grow in thick enough to be visible for photos! Let’s not get started with the hair! Oh my gosh is that a pain come day of the con… Actually getting my hair to stay up the way Wolverine’s does and making sure both sides look the same is not easy! I say it all pays off in the end, because I just really like the way it looks after all is said and done. 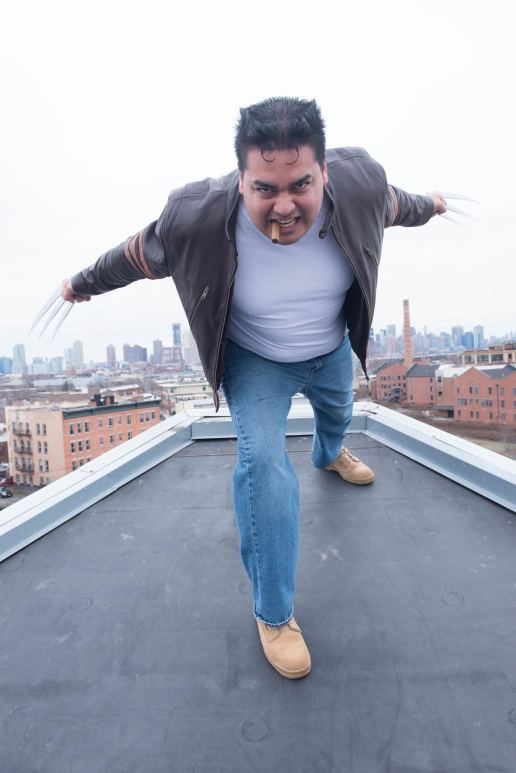 4. What is the best advice you would give someone new to cosplaying?
For someone who is new to cosplay, I would definitely say this… I recommend finding yourself a Cosplay Mentor, someone you’re comfortable with, that you can talk to, ask questions, ask for advice and I wouldn’t say someone to look up to, but someone with a similar personality that you can get along with. Don’t be afraid to experiment a bit with your characters and don’t be afraid of what you look like compared to others, especially others wearing a similar cosplay to yours. Be proud of your own work and do not be sensitive to constructive criticism. Learn as much as you can from other Cosplayers and don’t be intimidated to ask questions. The cosplay community can be great if you let it, but it can also consume you if you let it. Sometimes, you may need to take a step back and re-evaluate where you want to go with your cosplay and that’s ok. All in all, get out there and have fun!

5. What is one thing the cosplaying community can do better when it comes to dealing with each other?
Respect each other! Make as many friends as possible and don’t judge other Cosplayers because of what they look like in their cosplays. Don’t get involved in squabbles with other people just because your friends with them and don’t drag others into problems you may have. If you have a problem with someone within the community, talk to them, don’t broadcast your problems over social media and deal with it like an adult. Drama over social media doesn’t resolve anything and can ruin friendships unnecessarily. We are a community of geeks that should respect and get along with each other. Cosplay should be considered your safe place, so feel free to express yourself as an artist and cosplayer. Finally, have as much fun as possible!