1. Who or what inspired you to cosplay?
I was inspired to cosplay when I was still really young, around eleven. We didn’t have big cosplay celebrities that were easy to know about at the time so it was really just the idea that I could become a character I loved and really bring them to life. I really wanted to learn to sew and I already loved pretending and participating in theatre groups, so it was a perfect fit for me.

2. What do you do when you aren’t cosplaying(hobbies, community service, or work)?
I am a tour guide at an aquarium. A lot of what I do has to do with science or animals generally because I’m fascinated with animal life and the ocean in particular. Other hobbies I have include writing, roleplaying, cooking, and music. Interestingly enough a lot of these bleed over into my cosplay. I also act and do theatre but that’s not enough to make a living on at the moment. Modeling work also takes up a lot of my time but most of that is directly cosplay related. 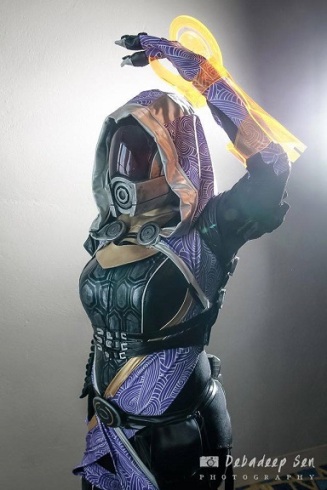 3. What costumes have provided the biggest challenge and rewards so far and why?
I love distinctive costumes with lots of pieces. It may not seem so  but characters like Tali and Reaper are cut from the same cloth…not literally, but as far as build process goes. I love costumes that have a distinctive cycle of how to put them on and take them off, it’s always astounding to me how intricate even the act of getting dressed becomes. On top of that, they can be built piecemeal because all the parts are separate and this makes them easier to fit into a busy schedule while adding the challenge of extra measuring. 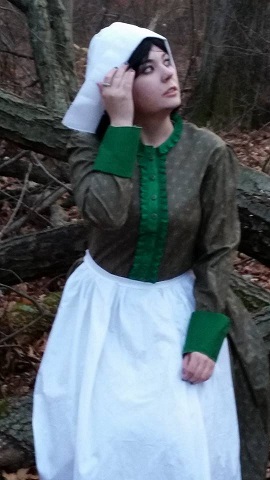 4. What is the best advice you would give someone new to cosplaying?
Cosplay because you want to, cosplay how you want to. There is nothing inherently wrong with picking something because you simply like the outfit or because you want to get your picture taken a lot. Cosplay is self-expression and letting people tell you how or why to do it is a guaranteed way to spoil the fun (unless of course you ask for concrit, that can help you grow). If something seems daunting, you can commission it, there is no shame. If you push ahead anyway and it isn’t perfect, don’t worry about it, grow and learn from your mistakes. No one ever made a perfect costume by giving up. 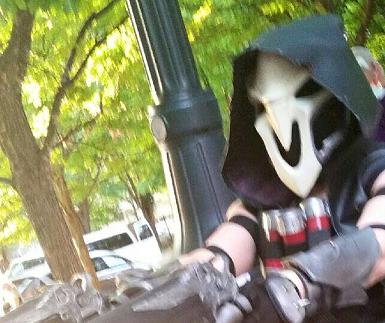 5. What is one thing the cosplaying community can do better when it comes to dealing with each other?
The cattiness needs to stop. Slut shaming, fat shaming, racist garbage, it all just needs to be put aside and we need to be better than this. Accept that not everyone’s journey is the same as yours and be willing to try and understand theirs.