It’s almost hard to believe that South Park turns 20 today.  This was the show that wasn’t expected to even make it past 20 episodes.  How could a show about 4 crudely drawn, potty mouthed boys in a fictional Colorado town make it this long?  In many ways, this show gave birth to Family Guy and so many other animated shows.  South Park was the show that took risks that The Simpsons couldn’t take due to its network shackles and outlived so many other animated series that came along including: The Cleveland Show (Family Guy’s spin-off), Futurama, The Boondocks, Allen Gregory, and SeaLab 2021.  I think a part of its success not only came from the fact that it’s not expensive to produce, but the fact that the show takes many current issues and gives a twisted commentary on the world we live in.

In my opinion, the South Park, Bigger, Longer and Uncut movie, which came out in 1999, was the best tool to let parents know that they need to keep an eye on what their kids watch.  I thought it was funny seeing how many parents brought their kids in to see the movie having zero clue what the show was about and the moment Terrance and Phillip began singing “Unclef**ker”, got up to leave dragging their kids out.  The movie was a very meta moment indeed. By the way, here is an interesting fact:

Below, I picked out 20 of my most favorite moments that I enjoyed over the past 20 years.  Feel free to talk about yours in the comments section below.

Also be warned, many of these clips are NSFW and also should not be viewed by unattended minors.

Simpsons Already did it!!! – Speaking of The Simpsons, this was a great nod of South Park to the longest running animated show that most ideas done, already happened on The Simpsons.

Mr. Hankey Construction set – Holy crap!! South Park was already pushing boundaries with its topic matter but why not add a bit of fecal play too!  If the Mr. Hankey Christmas episode didn’t already turn your stomach, maybe a faux commercial for making your own Mr. Hankey would. 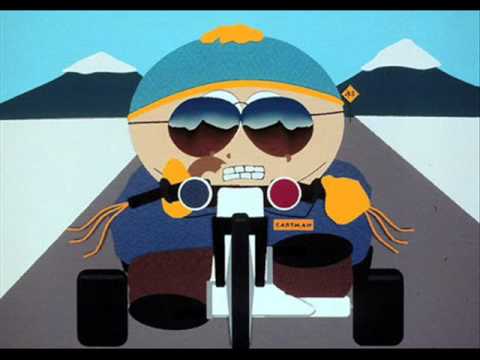 Respect My Authoritah! – Over the years, Cartman has been the character that many would love to hate. He has had some of the best one-liners.  In this one, long before police abuse became an issue (AGAIN!), Cartman was demanding respect…painfully. 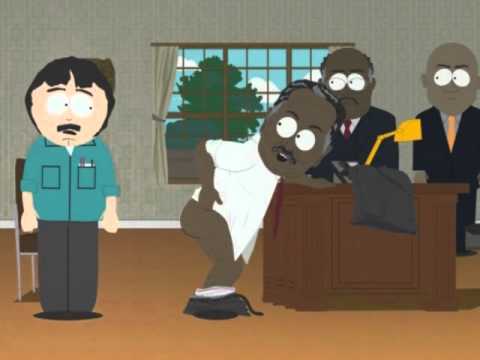 Go Ahead, Apologize – Aaaahhhh…if only this could happen in real life.  Use the N word and then…apologize.

Oh Sh*t! – South Park made history by using the word ‘sh*t’ over 150 times, thus paving the way for other shows, mostly on cable networks being able to use it without censors.

We’re Sorry – In one of my favorite episodes featuring The Coon and Mysterion, we get to see South Park spoof Troy Heyward as he apologizes for BP mess up, again.

CRIPPLE FIGHT!! – Nothing is more insane that seeing 2 of South Park’s resident hadi-capable characters duke it out. 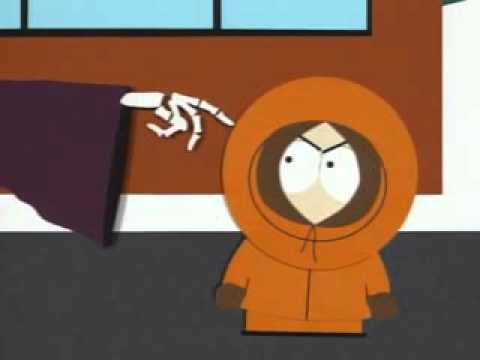 The Many Deaths of Kenny – For the first 6 seasons, Kenny McCormick died many gruesome deaths. He also mysteriously was restored each episode. Most of this was fleshed out when he became Mysterion.  Here is a clip with some of his many deaths. 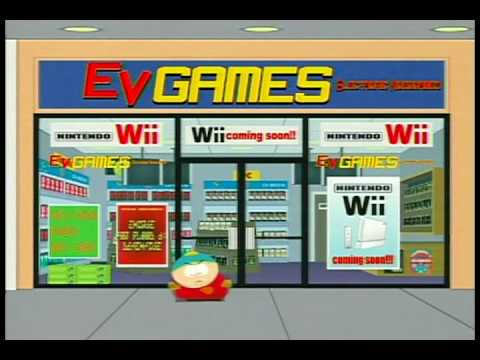 Cartman wants a Wii – One of the best things about watching this show over the years is how South Park has changed with technology. In this clip, watch Cartman longs for a Nintendo Wii.

PS4 vs Xbox One – Speaking of gaming, in my opinion, this is one of my favorite episodes of all time.  South Park took the war of gamers vying for next gen consoles, the treachery of Game of Thrones and some anime and gave us an instant classic. Not to mention, this episode shamelessly plugged The Stick of Truth which was the best South Park game ever.

That Ol’ Blockbuster – Yes, this show has been around so long that it’s outlasted video rental stores. 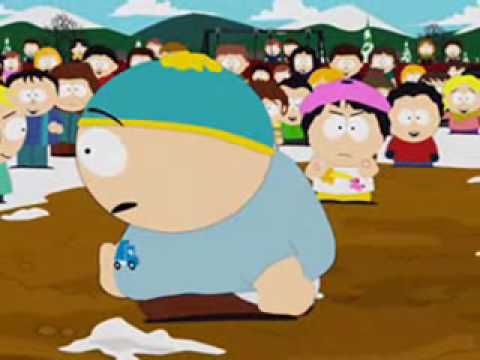 Wendy vs Cartman – In one of the few times Cartman fights, he gets is butt handed to him by Wendy Testaberger. Using the Shake Weight – Another way South Park has always managed to stay relevant is by taking some of the most ridiculous pop culture gadgets and poke fun at them. The Shake Weight is one such item that after you see what is done, you can’t look at one the same way again.

Meet Mr. Slave – Anyone remember that time Mr. Garrison had a teacher’s assistant?  No??  Jeezzziz Chriiiiiisssst.

Kenny vs Slaughterhouse – Amazing, one other thing that has been around as long as South Park! Magic: The Gathering! 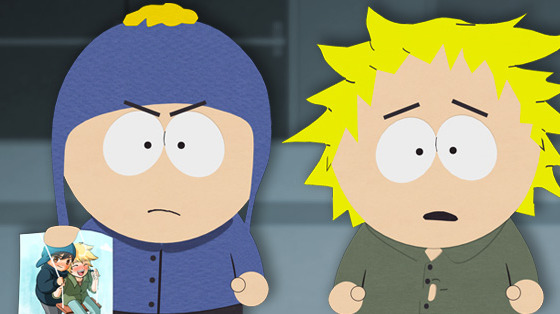 Craig and Tweek are lovers…? – Well, not really but everyone is so busy being PC that they get a label forced upon them.

The boys go ziplining! –  Spoofing some of today’s reality series, this clip shows what happens when an ordinary day goes wrong. 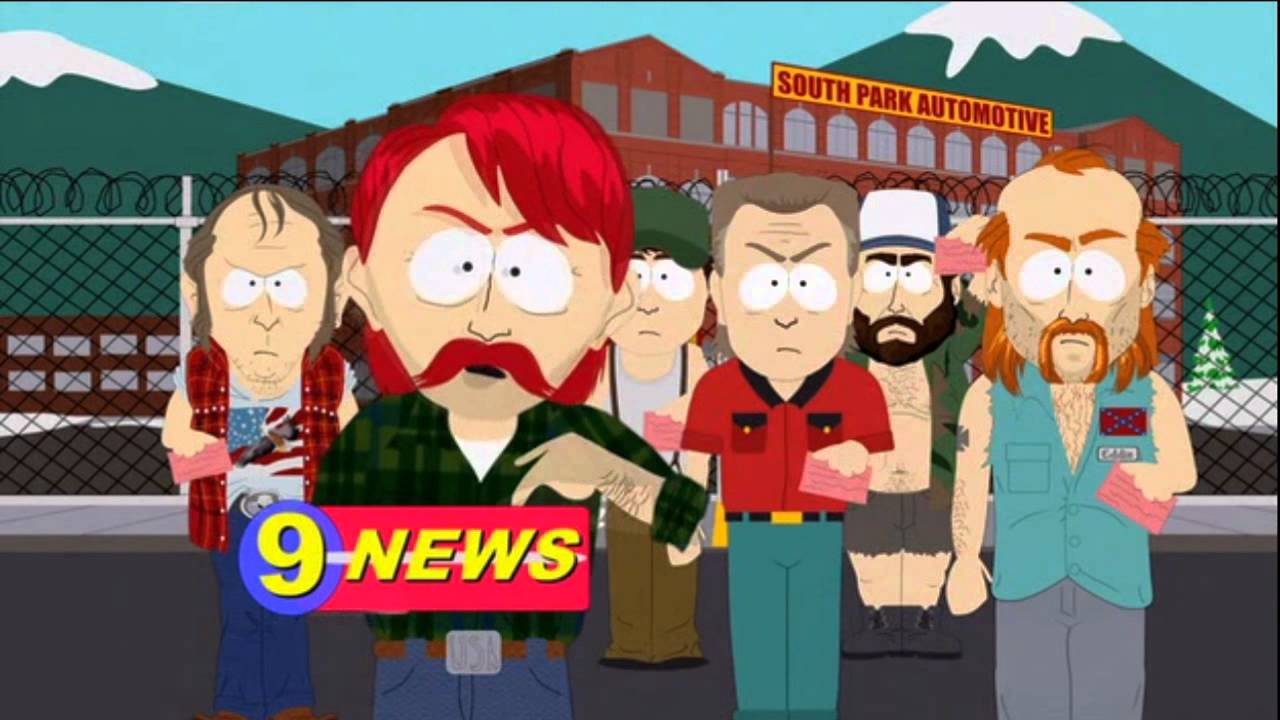 They Terk our Jerbs! – Long before Donald Trump and his ilk came along…this happened. South Park sometimes could be prophetic too.

I know that there may be many more clips but this is just the tip of the iceberg. Again if you have any favorites, discuss below. Also don’t forget to tune in as South Park begins its 20th season tonight on Comedy Central.