Depending on how you look at things, this is a good time to be a gamer.   We recently had the longest console cycle in the history of gaming. We have systems now that are reaching their peak of graphical power and of course there is backwards compatibility.

I also think that, to a degree, we are living through a great time as gamers and we are literally about to pay for it. Just a quick history note: We all remember that when the PS4 was announced, Sony told us that backwards compatibility would be available by ‘renting’ digital versions of games that would be streamed and for a limited time. It’s not going all that well as gamers found that it’s easier to just get (unless you never traded in) a PS3 to play older games.  Also, we all remember how Microsoft originally alienated gamers by stating that the Xbox One would not be backwards compatible in any form. Yet within the past year, due to customer demand, Microsoft backpedaled on that statement and even though it’s limited, gamers got what they wanted.

With that said, it’s time to say that age old mantra of ‘be careful of what you ask for’. The reason is that depending on what games you really want to play, it may cost you a bit. Not a lot but you may be surprised what you will be asked for.

Recently, I was perusing the game store on the Xbox One and as I was going through the backwards compatible games list, I noticed that Call of Duty 2 was now backwards compatible. I have to be honest, that was THE game that drew me in on getting the Xbox 360. So, in my excitement of knowing that I could play one of my favorites again, I called my local Gamestop to see if they even had any copies of this 10 year old game in. They did and pre-owned, it was going to cost me $19.99. 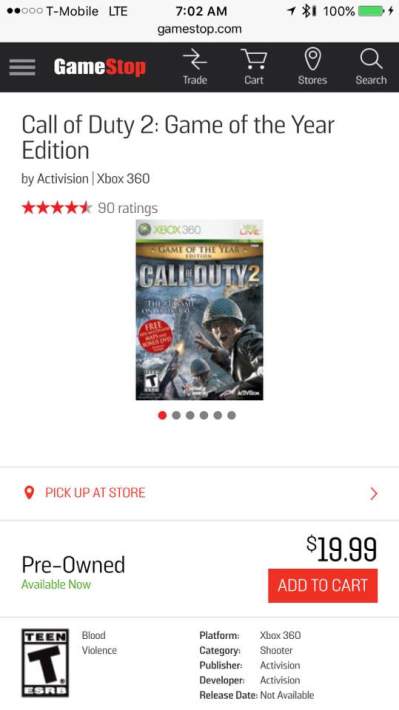 Of course I thought that they must be kidding because surely that title must be cheaper as it’s an old game. So, I went on Amazon and not only was the game $30.00 brand new, but pre-owned versions were selling for $15.00 and up. 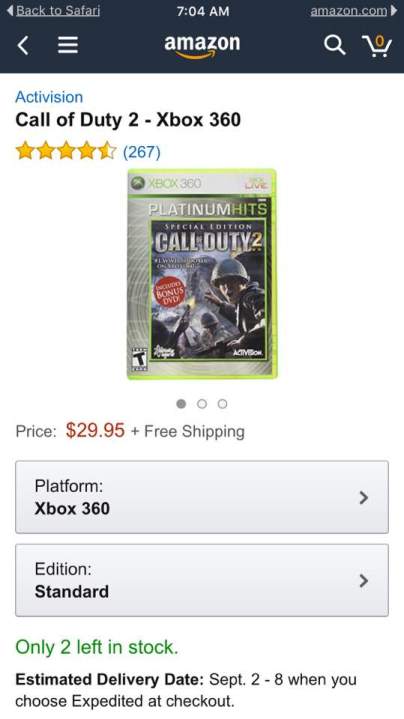 I was truly shocked as a game which was just selling somewhere near 5 dollars a year or 2 ago was being as high if not higher than some games being sold as pre-owned that just recently came out for current consoles. 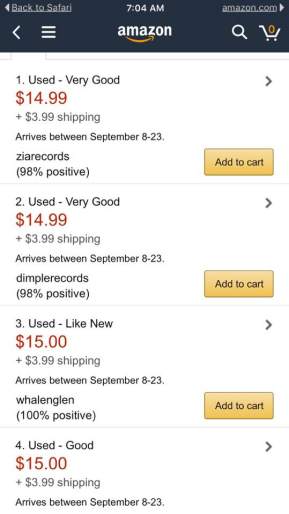 If that wasn’t enough, let’s just say you decide to get the game digitally in the Xbox store.  Let’s see how much you will pay. 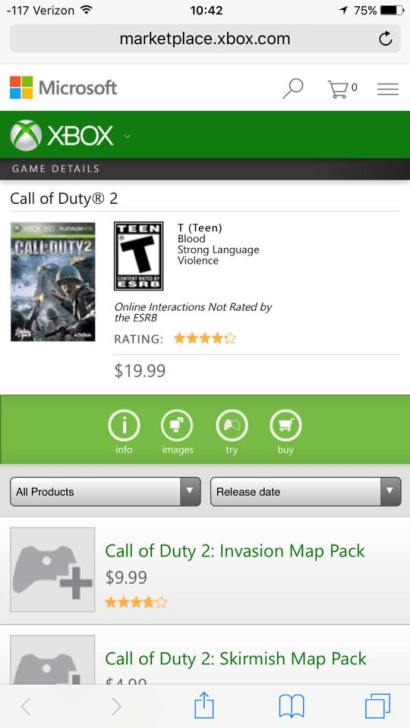 It seems like it wasn’t just the retailers that are in on this but Microsoft is trying to get every cent they could out of this.  Oddly enough, the pricing is uneven across the board as the Gears of War games you can still get around the 15 dollar mark, yet if you want to play Red Dead Redemption on your Xbox One, you may pay around 30 dollars for a pre-owned copy. 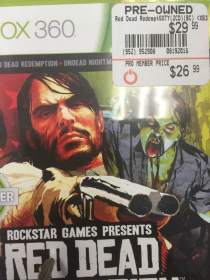 This is another game that I paid 12 dollars for the GOTY Edition just 2 years ago. Even the Assassin’s Creed series and Mass Effect 1 despite recently being made backwards compatible have pre-owned games that are relatively cheap. 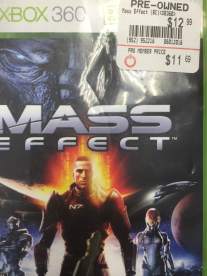 Even another Call of Duty favorite, Black Ops which 2 years ago, I remember getting for 8 dollars is now pushing the 20 dollar mark. 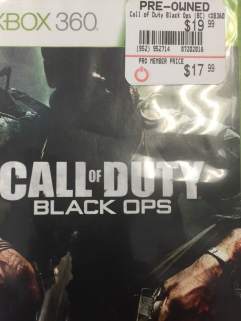 So, it seems like Microsoft is going to make the most out of getting money out of gamers who pretty much pushed Microsoft into making the Xbox One system backwards compatible. If games aren’t being remastered, like the upcoming Bioshock series, then they will get us when games become backwards compatible. Even on the other end of things, digital exclusives such as Marvel Ultimate Alliance, which had a disastrous digital re-issue, will cost gamers some money and probably more than what many wished to spend on yet another 10 year old game. Can you imagine how much it could cost gamers if Grand Theft Auto 4 became backwards compatible as well?   How much would gamers pay just to go back to Liberty City?

To conclude, gamers are getting what they asked for but at a price. The smart ones still have an Xbox 360 and still held on to some of their favorites from the last cycle.   Those of us that want the convenience of playing all of our favorites on one console are faced with a decision and that’s to either grab another Xbox 360 (if we haven’t already still have one) and stock up on some games before they start inching up in price, pay the piper because they have every right for supply and demand to price games how they want, or just move forward. Some of us may think that gouging the price on certain older games is unfair, but, again, be careful what you ask for, because you may get it but the question is, are you willing to pay their price to have it?