Kenny Baker, the original actor to bring R2-D2 to life, has passed away at age 83.

Kenny Baker was thrust into the spotlight in 1977 when he first played the beloved astromech robot in Star Wars. At 3’8″ tall, he was the perfect size to fit inside of the metallic shell. He played the character in The Empire Strikes Back and Return of the Jedi (where he also played Paploo the Ewok), the three Star Wars prequels from 1999 to 2005, and served in an advisory role for The Force Awakens. He also starred in other films in the 1980s, including The Elephant Man, Time Bandits, Flash Gordon, Labyrinth, and Willow. 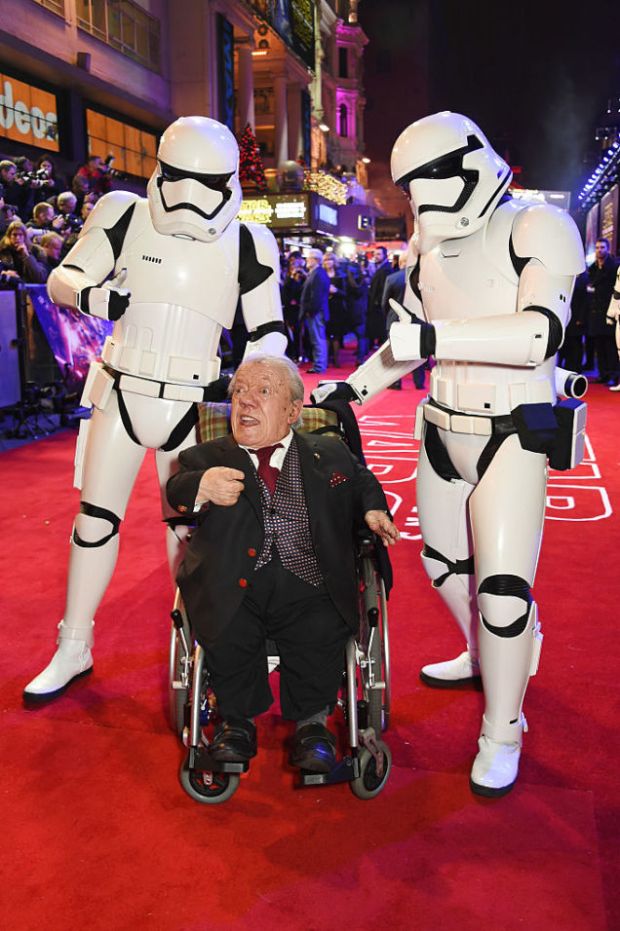 “It was expected, but it’s sad nonetheless,” Baker’s niece Abigail Shield said in an interview with The Guardian. “He had a very long and fulfilled life. He brought lots of happiness to people and we’ll be celebrating the fact that he was well loved throughout the world. We’re all very proud of what he achieved in his lifetime.”