News just keeps coming out of SDCC, so rather than spreading it out, let’s give it all to you right here.

**DISCLAIMER:  THIS IS FOR REPORTING PURPOSES ONLY.  CATCH THEM UNTIL THEY ARE GONE. ONCE DOWN, WE WILL NOT REPOST UNTIL OFFICIAL ONES DROP LATER**

So the Suicide Squad trailer wasn’t enough.  Someone went and leaked Deadpool.  It may be a bit grainy and dark but this looks like yet another winner from Marvel.  I can’t wait for the full official trailer to be released.

Speaking of leaks...Apocalypse showed up as well…after all of these leaks, don’t be surprised if next year’s SDCC bans any type of video equipment from the halls.

Arrow fans...WB and the CW revealed the Season 4 look for Oliver Queen and John Diggle.  What do you think?  Did you hear that Anarky, Damien Darhk and Mr. Terrific will be joining the show as well? 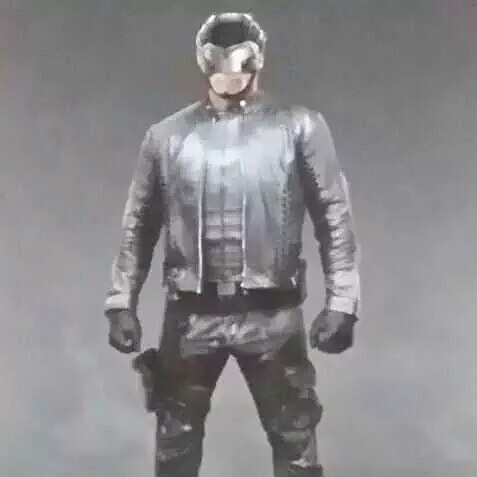 We finally get news on Static Shock and the rest of the Milestone Universe!!

Milestone Media and DC Comics will partner up to bring back characters like Static Shock as well as a few others in their own self contained Earth (known as Earth-M).  No date or time of release has been revealed.